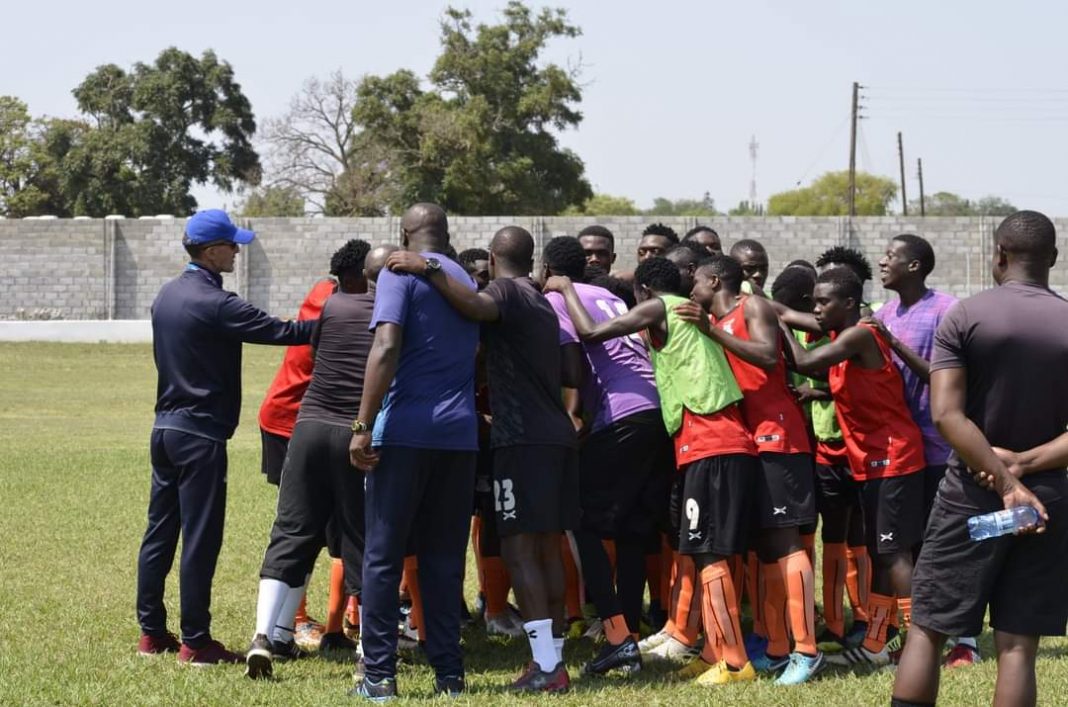 Under-20 Men’s National Team coach Perry Mutapa says he is happy with the way his boys are shaping up for the 2020 Cosafa championship that kicks on December 3 in Port Elizabeth.

Mutapa told the FAZ media team after the morning work out at Edwin Imboela Stadium that he had trimmed down the number from 45 to 30 as he zeroed in on his final squad.

“I can say we are halfway prepared, we started two weeks ago. Obviously in terms of fitness and coordination we must be sure of who is going to be fit and start, who is going to be picked in the final 20. We have 30 players from about 45 players, so it is a process. By the time we go to the tournament we are going to be ready,” he said.

Mutapa said the players who will make the final cut will be the hungriest for selection.

“It is how much you want it, there were players who were part of the under-17 and under-20 last but they are here. There are guys who have come from other teams who are claiming a stake in the team,” he said.

The 2020 tournament serves as a zonal qualifier for the African Under-20 Cup of Nations that is slated for Mauritania next year, with the two finalists earning their berth at the continental showpiece.

Group B contains defending champions Zambia, Malawi, Namibia and Comoros Islands, while the three-team Group C is made up of Angola, Eswatini and Botswana.

Pastor Adeboye Of RCCG Loses His Son to Death

Capacity Crowd Expected at The 2022 TotalEnergies Super Cup in Rabat Between Wydad and...

Kemi To Features BBNaija Whitemoney In King Of Boys Season 2