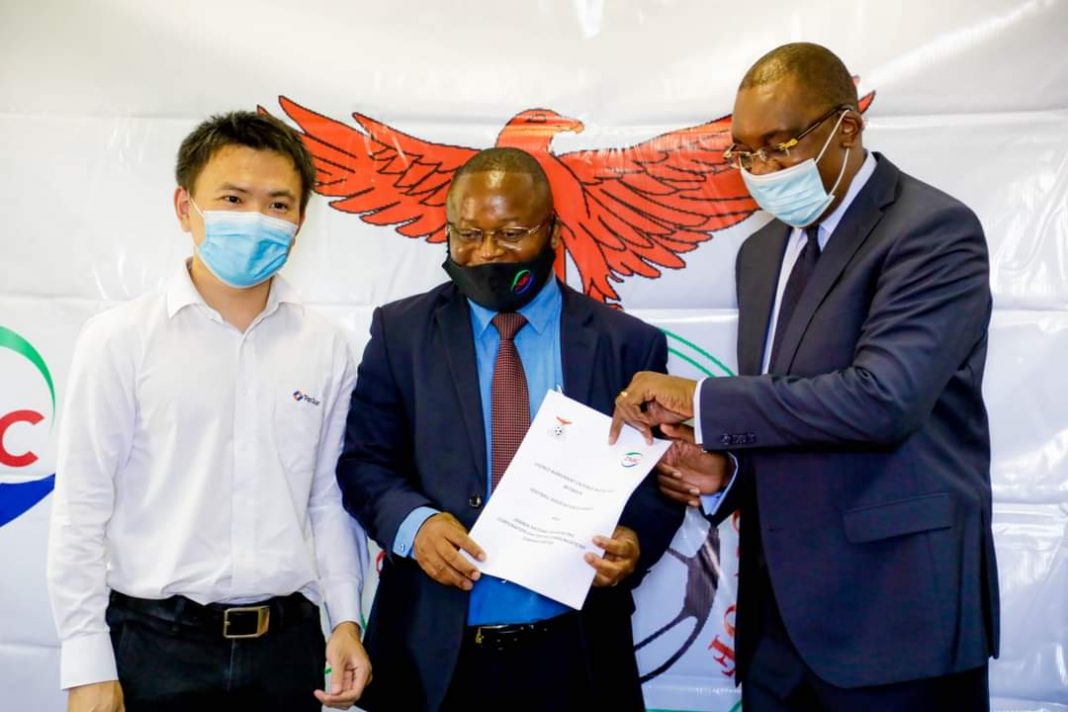 The Football Association of Zambia (FAZ) has signed a tripartite broadcast sponsorship deal with ZNBC and Top Star that will see National Division One matches beamed live on TV3.
And FAZ president Andrew Kamanga said the deal was for three years and renewable annually.

During the signing ceremony at Football House today, ZNBC Director General Malolela Lusambo said the sponsorship see ZNBC broadcast a minimum of eight matches per month.
Lusambo said the deal would see ZNBC cover all the production costs for the games.

He said that the ZNBC TV 3 platform offered more airspace for sports content.
Kamanga said the coming on board of Top Star and ZNBC was historic as it marked the first ever deal of Division One football on national television.

“This deal will give Zambians across the country an opportunity to watch some of their upcoming heroes on national television. The wide coverage by ZNBC will give Zambian football a truly national identity,” Kamanga said.

“The coverage of these matches will also give national team selectors an opportunity to see more players across the country from the comfort of their living rooms.”

The FAZ boss said ZNBC and FAZ will share advertising revenue from the matches on a 50-50 basis.
And Top Star acting Chief Executive Officer John Zhuang said Top Star was happy to be associated with a football product that offered many different opportunities.

“As TopStar, we are excited to partner with ZNBC and FAZ because the broadcast of Division One football games means that soccer has been brought to your doorstep. Regardless, where you are in Zambia, we shall be in your home and local community with the best local football action. We will be where you are in every part of Zambia with your local stars on TopStar,” Zhuang said.

FAZ National Division One is sponsored by Eden University with Top Star and ZNBC clinching the broadcast rights.

Formula 1 Grand Prix Might Return To Africa as FIA Delegation Arrives Morocco For...