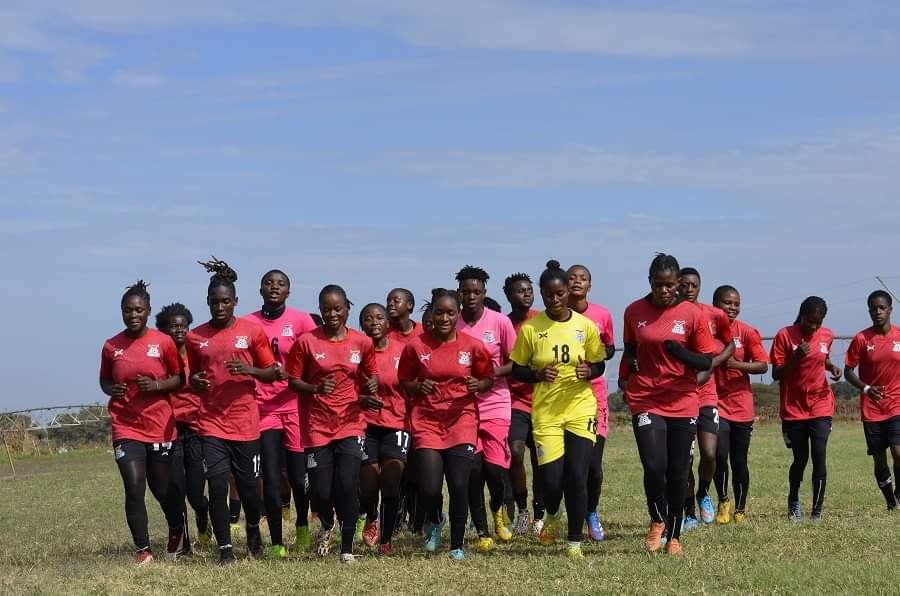 The All Stars comprised the Tokyo 2020 Olympic bound squad while The Rest represented the best local talent not in the Copper Queens team.

Mwape’s Copper Queens won the match 4-1 at Woodlands Stadium which was staged as a curtain raiser for the 2021 ABSA Cup final.

Red Arrow’s trio of goalkeeper Chiko Nkhoma, strikers Mary Mambwe and Square Maiwase have been recalled to the Copper Queens setup currently preparing for the Tokyo 2020 (to be played in 2021) Olympic Games.

Nkhoma produced several saves throughout the match while Maiwase scored the consolation goal in The Rests’ 1-4 loss at the hands of the Copper Queens, who got their goals through Siomara Mapepa, Avell Chitundu, Barbara Banda and Ochumba Oseke.

“The three showed that they can play for the senior national team and the goalkeeper will be able to provide competition to the current goalkeepers that are in camp,” coach Bruce Mwape said shortly after Tuesday’s training session.

Zambia have been drawn in Group F alongside Brazil, China and Netherlands. Group E has Japan, Canada, Great Britain and Chile while Group G has Sweden, USA, Australia and New Zealand.
“Those are just names, the game is played in 90 minutes so if we start looking at names, then our girls won’t be able to perform according to our plan. We know we are meeting champions like Brazil and playing teams such as those make us improve our standard of play,” Mwape said.

“Like they say, to be a champion you need to beat the best and those are the best teams and to me, it’s okay; it’s the 90 minutes that will tell and we are not very far from being ready (for the Olympics).”

The Copper Queens are currently in camp as part of preparations for the Olympic Games.

Zambia has so far played Chile whom they beat 2-1 before losing to South Africa 3-1.

Tokyo2020: D’Tigers Of Nigeria Opens Campaign With Defeat To Boomers