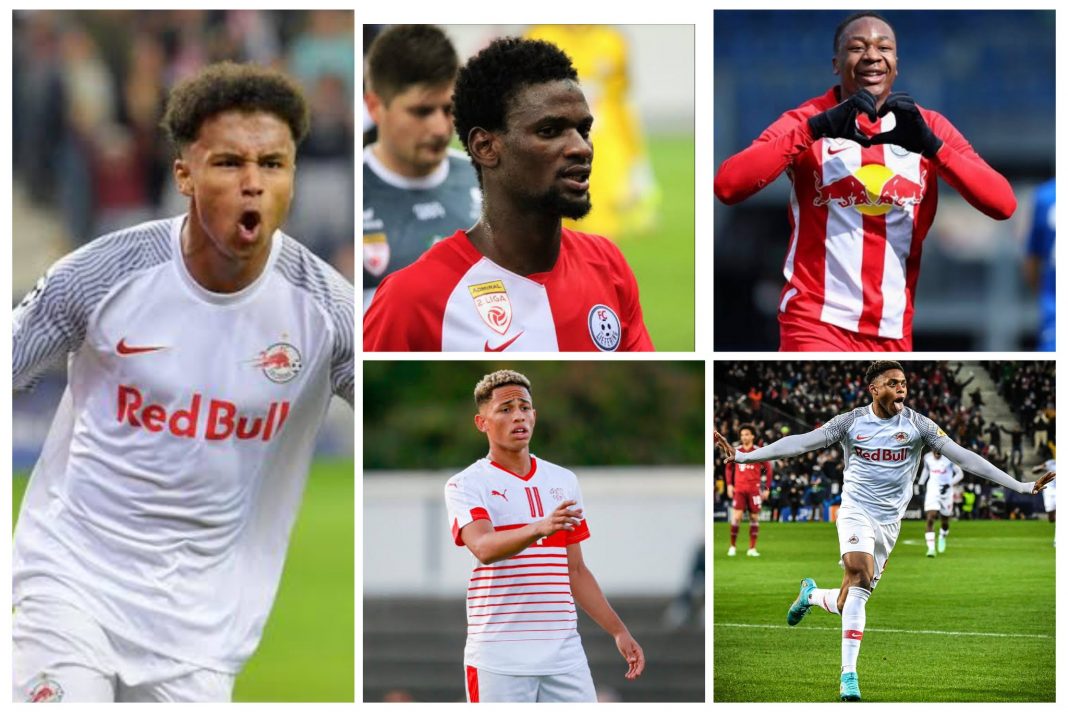 Austrian Bundesliga champions Salzburg have four Nigerians in their team list against Bayern Munich in the UEFA Champions League round 16 first leg on Wednesday 16th February 2022.

The Club registered four young players of Nigerian descent for the playoff round of the UEFA Champions League last year. 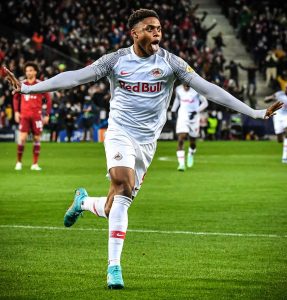 Chukwubuike Junior Adamu was in news yesterday when he scored the opener against Bayern Munich in the round of 16 of the UEFA Champions League.

The Nigerian, on as a 12th-minute substitute for the injured Noah Okafor, wasted no time in sweeping it past Sven Ulreich in the Bayern goal.

The forward has scored three goals in 16 appearances for the Bundesliga champions.

Born in Nigeria, Adamu represents Austria at the international level and has played for the Austria U18, Austria U19, and Austria U21 teams.

He made his first appearance in the Austria national football team on 12 November 2021 in a World Cup qualifier match vs. Israel. 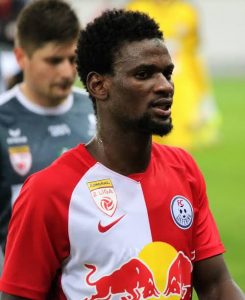 Samson Okikiola Tijani was an unused substitute in Salzburg 1-1 draw against Bayern Munich.

Born In Enugu, Tijani was part of the Nigeria side to compete in the Africa U-17 Cup of Nations, Where they came 4th and qualified for the 2019 FIFA U-17 World Cup.

During Nigeria opening match against Hungary in the2019 FIFA U-17 World Cup, Tijani scored a brace as Nigeria U17 won 4–2.

Tijani made his debut with the senior Nigeria national team in a friendly 1-0 loss to Algeria on 9 October 2020. 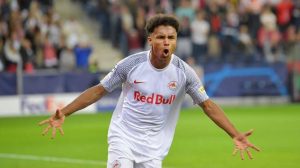 Adeyemi David Karim was in action against Bayern Munich and was replaced by Maurits Kjaergaard in the 87th minute.

Adeyemi was born in Munich, Germany, to a Nigerian father and Romanian mother.

He is a youth international for Germany, having represented the Germany under-16s, under-17s and under-21s. He made his debut for the Germany senior team in a 6–0 2022 FIFA World Cup qualification win over Armenia on 5 September 2021, coming on as a late substitute and scoring his side’s sixth goal in the first minute of second-half injury time.

As Adeyemi was a Red Bull Salzburg player on his debut, this marked the first time in the post-war period that a player from an Austrian club played a match for the German senior national team. 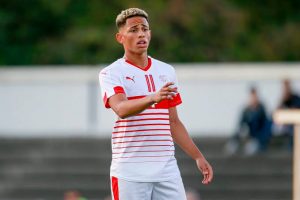 Noah Arinzechukwu Okafor was substituted in the 12 minutes after picking up an injury against Bayern Munich.

The Midfielder has scored 14 goals in 42 appearances for the Austrian Bundesliga Champion.

He made his debut for the senior national team debut on 9 June 2019 in the 2019 UEFA Nations League third-place game against England, aaan 113th-minute substitute for Haris Seferovic.

Okafor scored his first international goal for Switzerland on 15 November 2021, in their World Cup qualifying game against Bulgaria, a win that secured automatic qualification for Switzerland to the 2022 FIFA World Cup. 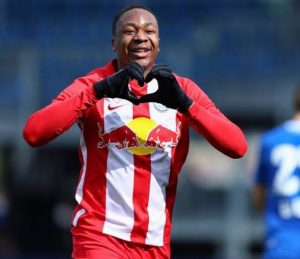 Bryan Ikemefuna Okoh is another Nigerian-Swiss player in the Salzburg team.

The 18-year-old defender wasn’t part of the Salzburg team against Bayer Munich but he is part of the team for the 2021/2022 season.

Born in the United States, he represents Switzerland at the youth level.

All five players are eligible to play for the Nigeria Senior national team.

Gambia Coaches Admits Defeat Against Ghana was Decided on Tactics.