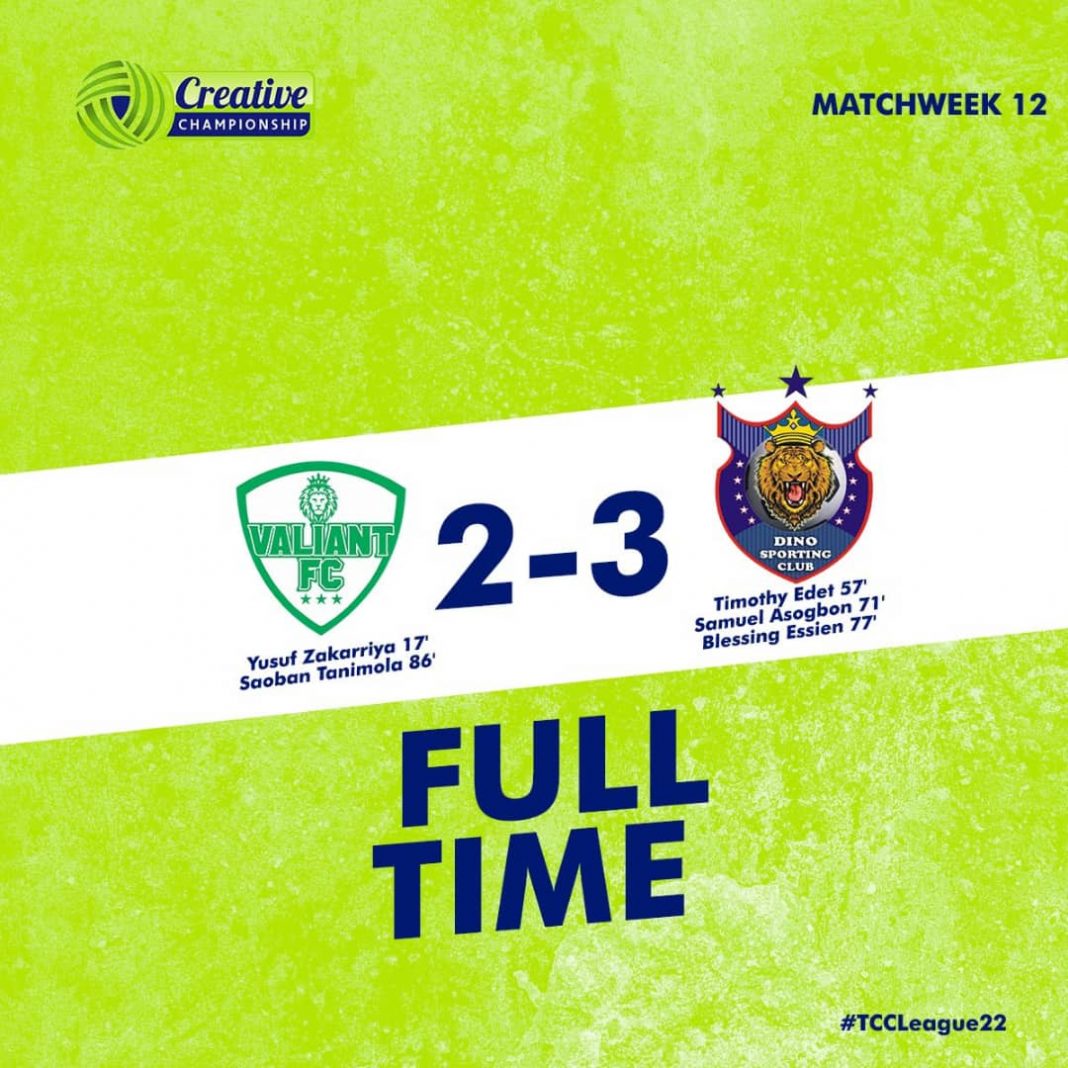 Dino Sporting Club is back to winning way with a second-half come back which saw the team defeat their hosts 2-3 on match day 12 of the Creative League Championship.

Dino Sporting club bounced back from their 3-0 home defeat to Atlantic Business a few days ago to record their seventh wins of the season against Valiant FC.

The Samuel Columbus Boys were down at half time but scored three goals in the second half through Timothy Edet (57), Samuel Asogbon (71) and Blessing Essien (77) before Valiant reduce the deficit in the 86th minute.

Samuel Asogbon was named man of the match as Dino Moved back to third on the log behind Beyond Limits and Gbadaga FC.

2022 Rankings Of Top 10 Most Expensive Stadiums In Africa (Photos)