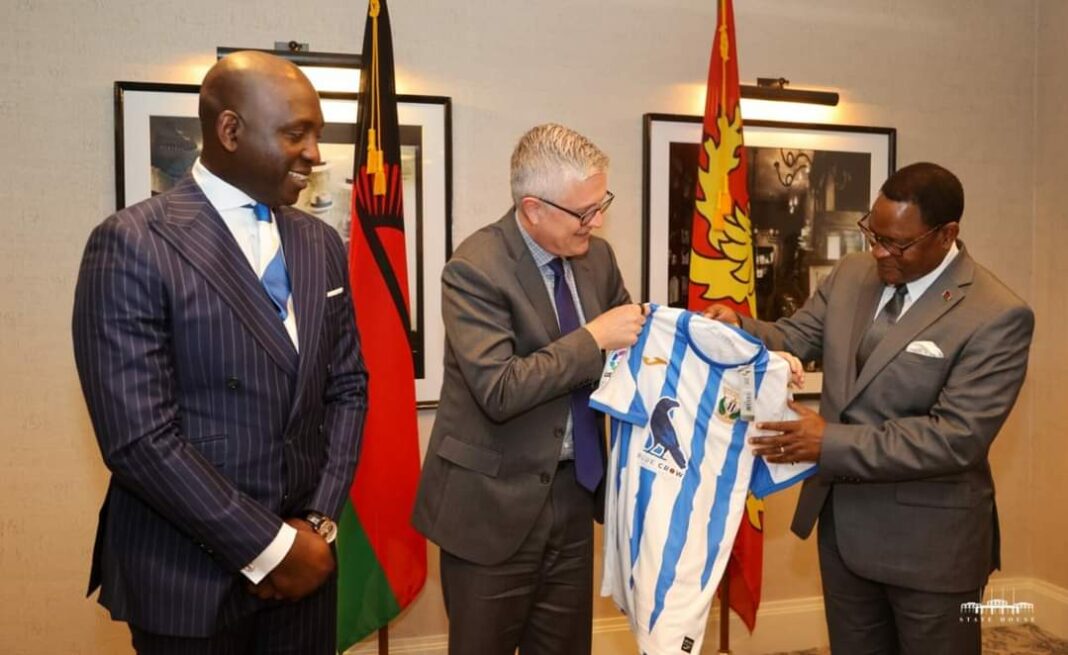 The football complexion in Malawi will take a different shape in a few months as a Spanish Football team Club Deportivo Legane`s intends to invest in football in the country.

This follows President Dr Lazarus Chakwera’s meeting which he had on Friday in New York with the club’s Chief Executive Officer Jeff Luhnow.

“The demographics are in our favour. Africa and Malawi particularly has a youthful population. There is massive potential and football talent. We want to invest in football infrastructure, training and coaching. Malawi is a fertile ground for breeding world-class players. We want to use that opportunity,” said Luhnow.

The club intends to build five football academies in Africa and Malawi will be the first beneficiary country to tap from the 50 million Euros dedicated to the cause.

For his part, the football scouting agent based in America who has brokered the deal, Kingsley Pungong, said he spotted potential in Malawi and invited Club Deportivo Legane`s to exploit the opportunity.

President Chakwera continues to engage heads of different international institutions in his effort to secure projects and cooperation for Malawi.

Zambia FA to Demand Compensation From CAF For U17 AFCON Cancellation

Victor Osimhen Received Award For Emerging Player Of The Year