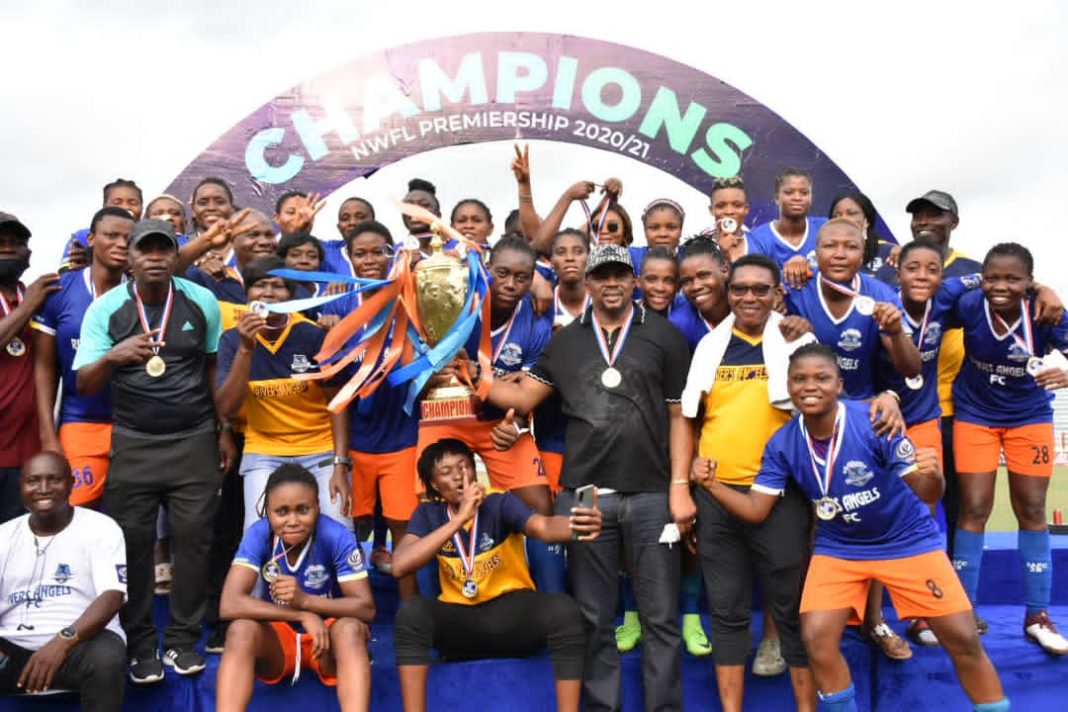 The General Manager of Rivers United FC, Chief Dr Okechukwu Kpalukwu (KSC) has congratulated the management, Players and Officials of Rivers Angels FC for emerging winners of the 2020/2021 NWPL title .

The Jewels of Rivers emerged Champions’ of the NWFL Super Six playoffs and retained the Nigeria Women’s Premier League title back to back after beating Sunshine Queens 4-0 at Dipo Dino Stadium on Sunday.

Chief Kpalukwu said the feat was commendable and also took time to shower encomiums on the sponsors of the team, the Rivers State Government through the Ministry of Sports under the watch of the Commissioner for Sports Hon Boma Iyaye and the Permanent Secretary Sir Honour Sirawoo for their support to the team.

“It was a great performance in Ijebu Ode and I congratulate the entire Rivers Angels family. This victory is indeed victory for all Rivers people.

To our number one sports supporter, The Executive Governor of Rivers State Chief Barr Ezenwo Nyesom Wike, CON, GSSRS, POS. (Africa), this victory is a further proof of your administration’s determination to put smiles on the faces of Rivers people through sports development.

“I must also commend our amiable Commissioner for Sports Hon Boma Iyaye and the Permanent Secretary Ministry of Sports Sir Honour Sirawoo for their doggedness and commitment to ensuring that the players and officials of Rivers Angels lacked nothing throughout their campaign.”

Having emerged the NWPL champions, Rivers Angels FC becomes Nigeria’s representative at the maiden WAFU-B zonal Playoff in May, where they will bid to qualify for the CAF Women’s Champions League.