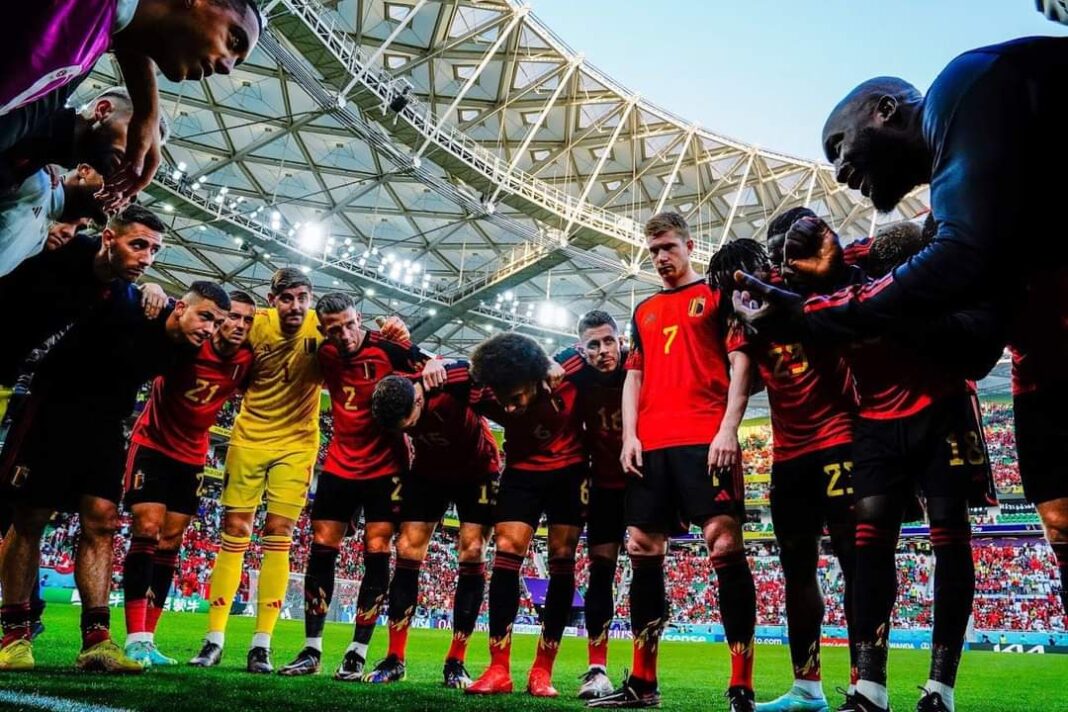 Five Belgium players have reportedly booked their separate flights back home after the country’s World Cup exit on Thursday.

Thomas Meunier, Axel Witsel, Jeremy Doku, Arthur Theate and Lois Openda paid for flights at their own expense, according to Het Laatste Nieuws.

The Belgian newspaper reported that the five players have already arrived in Brussels, with the Red Devils initially expected to land in the evening.

The Red Devils were shockingly dumped out of the tournament at the group stage after picking up just four points from their three games, losing out to Morocco who claimed top spot and Croatia who finished runners-up.

The result marked the end of a disappointing campaign for the side ranked second in the world by FIFA, despite boasting stars such as Manchester City’s Kevin De Bruyne, Real Madrid goalkeeper Thibaut Courtois and Inter Milan forward Romelu Lukaku.

Belgium finished third in the group after scraping a 1-0 win over Canada in their opening match before being beaten 2-0 by Morocco.

The Red Devils tournament has been plagued by reports of in-fighting, after De Bruyne created unrest within the camp during the first week in Qatar.

Manchester City star Kevin De Bruyne appeared to clash with Toby Alderweireld during the Canada win, later revealing the dispute was over the team’s style of play.

He was apparently involved in a disagreement with Jan Vertonghen and Eden Hazard post-Morocco, with Lukaku diffusing the situation.

De Bruyne’s comments over the Belgium squad being “too old” to go all the way in an interview with The Guardian reportedly didn’t go down well with his colleagues, with Hazard admitting “words had been spoken”.

Vertonghen appeared to mention De Bruyne’s quote after the Morocco loss when he told the mixed zone, “We probably also attack badly because we are too old, that must be it now, surely?”

Belgium are currently ranked second in the world rankings and finished in third place in the 2018 World Cup.

But having fielded a side with an average age of 31 years and 95 days against Croatia – the oldest in a World Cup game since 2010 – their ‘Golden Generation’ era would appear to be over.

Student Arraign in Court For Killing School Guard in Kenya