Cameroon-born Breel Embolo’a goal destroyed the indomitable lions who dominated the first half of the group G opening fixture at Al-Janoub Stadium, Al-Wakrahin in Qatar

Breel Embolo’s goal was enough to earn Switzerland a typically steely victory over Cameroon in their opening World Cup game.

Embolo finished off a sweeping team move in the 48th minute to ensure the Swiss made a winning start in a group that also contains Brazil and Serbia.

A lively Cameroon forward line missed chances on the counter-attack in the first half, but they needed a stunning save from Andre Onana and some last-ditch defending to keep the score down in the second. 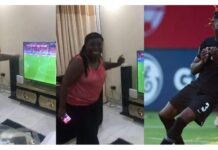 Qatar 2022: Nigerian Mother Rejoice After Seeing His Son Play Against Belgium in The World Cup 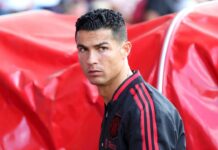 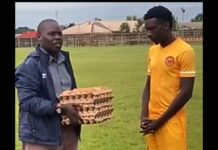 Zambia Heroes Stadium To Host CAA U20 and U18 Championship