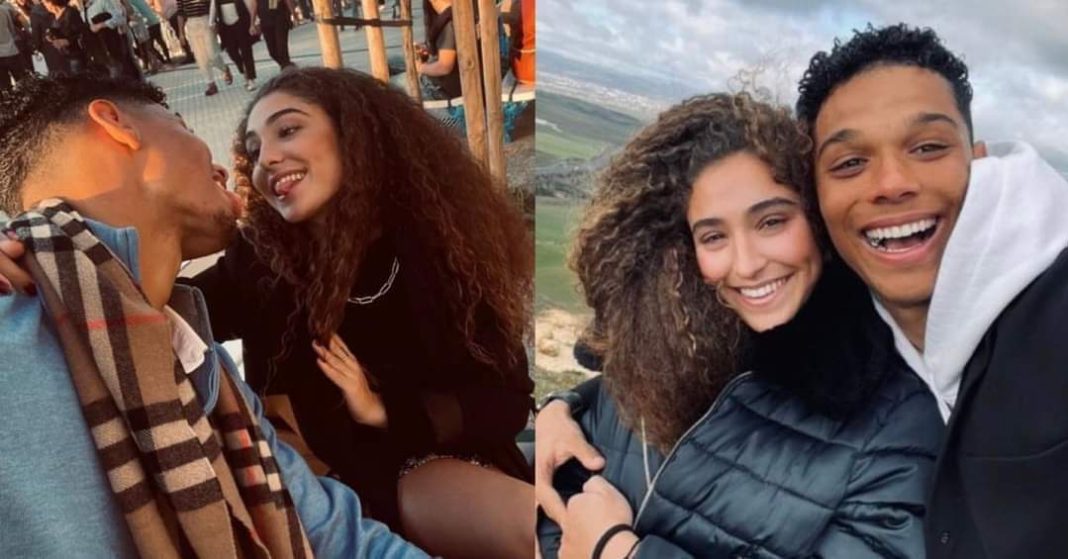 Etienne Eto’o a celebrity child who was born on August 8, 2002, in Palma, Spain to his famous parent Samuel Eto’o, a former Cameroonian professional footballer has got social media talking with the public display of love with his girlfriend.

Since November 2019, Etienne Eto’o has been posting more and more photos of him and his girlfriend, on social networks. The 2 lovebirds are even dressed in bathrobes of white color, in a recent publication. In another, they are in a restaurant, with a big smile from ear to ear with the identity of young Eto’o’s darling yet to be revealed.

Cameroonians and other people have praised the young lad for keeping a lasting relationship with his girlfriend whom he had been together with for the past five years.

Eto’o who is following in the footsteps of his great-father. Etienne was born in Palma, Spain in 2002, during his father’s four-year tenure at Real Mallorca. He began his career in the Spanish juvenile system before going to Austria’s FC Lustenau in 2011.

Etienne then left Austria for Real Oviedo in Spain’s second tier, where he stayed until the conclusion of the 2020-21 season before moving to Portugal and joining Vitoria’s U23 side.

He was a member of Cameroon’s U20 side that competed in the Africa U20 Cup of Nations in Mauritania last year, and he made headlines when he scored twice on his debut, first with a magnificent free-kick and then from the penalty spot, as they defeated Mozambique 4-1.

Vitoria will be hoping that the younger Eto’o can produce a fraction or more of what his renowned father did over his 764-game playing career in Spain, Italy, England, Russia, Italy, and Qatar.