Motsepe has promised sponsorship and revenue returns unheard of for African football, where the annual Champions League winner earns $2.5m in prize money.

He has claimed, at several previous news conferences, that the Super League will allow clubs to pay top talent wages to match those in Europe and therefore allow African teams to keep their best players.

The Super League, which is likely to be named the African Football League to disassociate it with the negative connotations of last year’s failed European Super League plans, will have 24 teams and start in August next year.

It is not clear whether CAF has finalised the list of clubs, but they will come from 16 different nations with a maximum of three per country.

They will play a group competition first, divided into three groups of eight clubs, before the majority of clubs move onto an American-style playoff system, including wildcard berths.

CAF plans to continue with its club showpiece Champions League but officials said there were plans to revert back to a two-legged knockout competition, dispensing with the group phase.

The first 24 clubs that will participate are set to receive an annual contribution of $2-5-million dollars for being part of the ASL to use for expenses, including transport and player transfers.

“Our intention is to use $100-million as prize money and to do that every year in the African Super League, so the club that wins gets $11.5-million ,” he added.

The Tournament will kick off in August 2023 with 24 high-ranked teams in Africa participating. 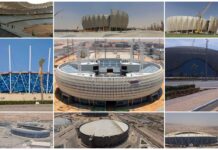 2036 Olympics: Photos Of The Ongoing Construction Of The Largest Olympic City in Africa and the Middle East 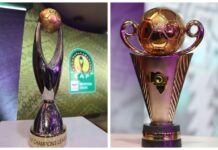 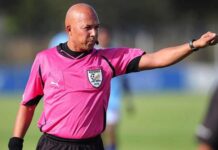 Tunisia Are Champions Of Africa For The 11th Time