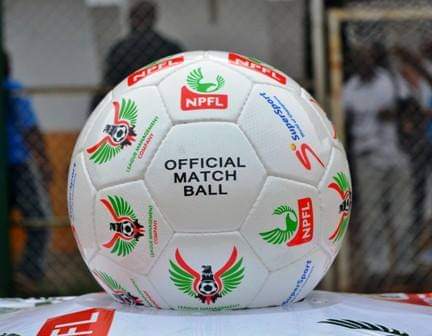 The last games of the 2020/2021 NPFL season were concluded today with a twist involving Enyimba, Rivers United and Kwara United in booking continental tickets ahead of Nasarawa United who lost away to Abia Warriors in Okigwe.

League Champions, Akwa United lost to Lobi Stars in Makurdi after equalising from the spot but the Uyo based side are already champions of the season.

Enyimba records their highest-scoring victory for months with a 3-1 victory away in Uyo against Dakkaka FC but the Aba Elephants will have to settle for Confederation Cup after three points were awarded to Rivers United.

In Ilorin, Kwara United chances of booking a continental spot were ruined after the news of three points been awarded to Rivers United were seen.

The Afonja Warriors beat Katsina United 3-0 at the Ilorin Sports Complex but will have to wait for another season for a continental ticket.

Rivers United despite losing away in Akure finished 66pts with Enyimba but the latter had a better goal difference after the decision of the NFF to award Rivers United three points from the fielding of an ineligible player by Jigawa Golden Stars.

Also, Nasarawa United will have to shift their focus to the Aiteo FA Cup after failing to beat Abia Warriors in Okigwe to cement their continental spot.

In the Relegation battles, Sunshine Stars beat the zone with a 1-0 victory against Rivers United while Jigawa Golden Stars and Warri Wolves finally confirm their relegation status after losing away from home to join FC Ifeanyi Ubah and Adamawa United.

Big Brother Naija: “Pere Is A Nice Guy, He Was Being Misunderstood” – Cross...