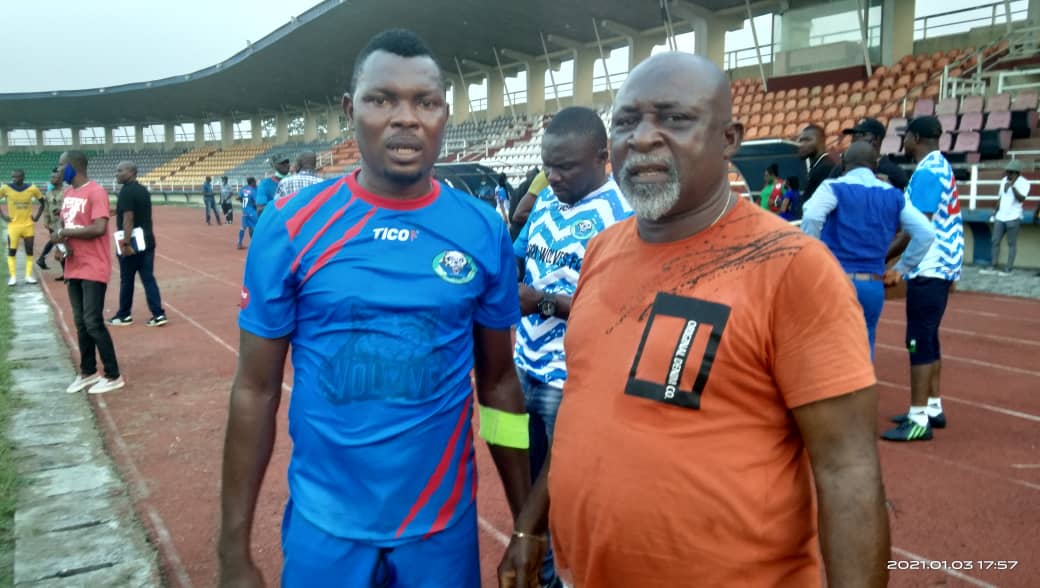 Warri Wolves beat the Yola side by a lone goal on Sunday, January 3, 2020 at the Delta State Polytechnic Stadium in Ozoro.

Thanks to an Uche Ihuarulam’s well drilled shot in the 83 minute of the encounter.

“They show character while playing against the visitors,” said the DFA Chairman.

“Adamawa United are very resolute. And you need to be patient sometimes when you play against such a side.”

“This is just the beginning. They need to prepare mentally for such oppositions, since there are more games to come up in the league.”

The DFA boss was among other football stakeholders in the state, who watched the Matchday 2 encounter in Ozoro.