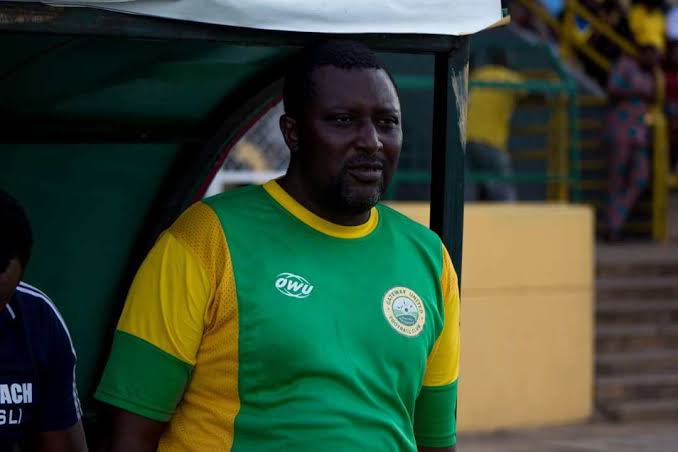 He made his name in grassroot competitions in Lagos. Curiosity piqued, Busari shadowed coaches in the academies for a while. His foot now firmly wedged in the door, there was no looking back.

Learning on the job, he swiftly demonstrated his promise on the touchline. His tactical shrewdness, man management and ability to recognise and grab opportunities when they arose helped the coach.

He started his journey as Technical Assistant to the Golden Eaglets before getting employed by Shooting Stars Sports Club in 2008.

His next step was even more unusual. Eager to prove to himself that he could be a success away from the football pitch, Busari studied Sport & Recreation Management at university.

The gaffer had stints at Crown FC and FC BESCOLA. He was well loved by supporters of both clubs.

During his time at Crown, he earned a reputation as one of Nigeria’s football’s most tactically astute coaches, regularly switching up formations according to the task in hand, whilst always staying faithful to his own unique fundamentals.

Credentials well and truly established, he was targeted by some clubs. However, the appeal of the Bayelsa United was too strong and he was named as Technical Consultant of the club in 2017.

Feats of that kind do not go unnoticed and Gateway United employed him in 2017, where he has worked till date.

Pillars recently shortlisted Busari alongside five others for their vacant coaching job. This shows that the ex Crown FC boss is doing something right for a top Nigeria Professional Football League side to notice his potential.