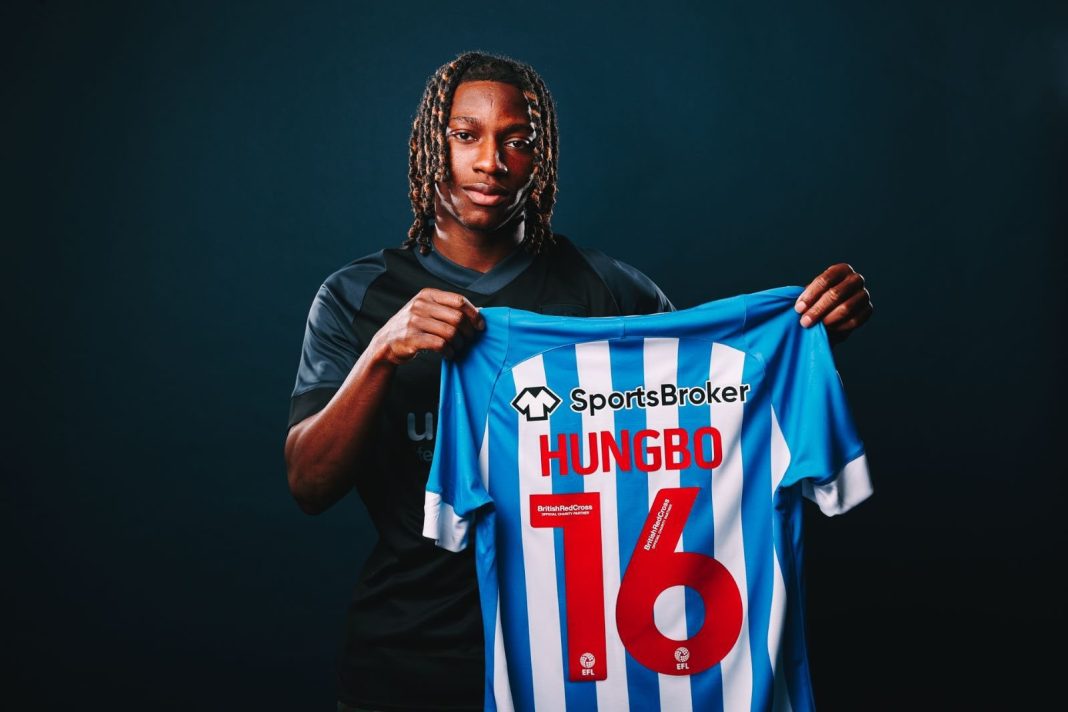 Nigeria and Togolese FA are battling for the allegiance of 23-year-old Huddersfield Winger Joseph Hungbo Mayowa.

Joseph Hungbo who is on loan at Huddersfield Town has been advised by the Togolese FA to shun any future invitations by the Nigeria Football Federation and switch his allegiance to the Togolese Football.

Hungbo was born to a Nigerian Father and a Togolese Mother and he is the fifth of six children.

His parents and three oldest brothers emigrated to London from Nigeria in the mid-1990s.

Hungbo is yet to make his country of choice in terms of International football public, but a source close to the Togolese FA said his Nigerian Brothers have reached out to the youngster and advised him to consider the Sparrowhawks and not the Eagles.

“He’s eligible to represent Nigeria through his father, Togo through his mother and even England where was born; but with the information I gathered, Togo may be his final destination because they’ve made movements towards him.”