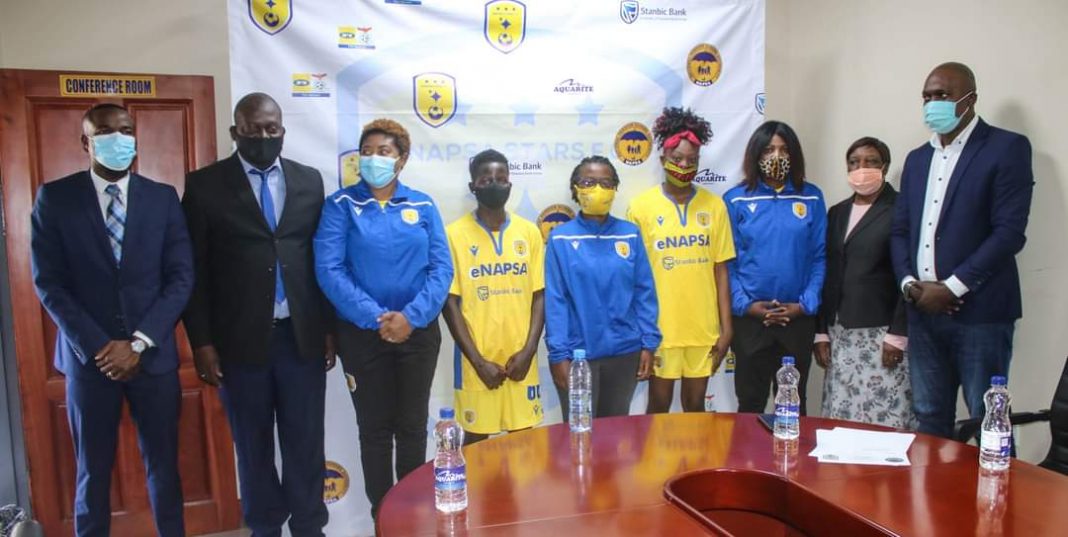 Zambia Super League sides, Napsa Stars Football Club has joined the league of clubs who are into the development of women football with this unveiling of its Women’s team, NAPSA Stars Queens this morning.

The team which will be coached by Enala Phiri, was unveiled by the club’s Technical Director/ General Secretary Mr. Honour Janza and will be participating in the FAZ Lusaka Provincial Women’s League.

Mr. Janza who expressed his excitement about the development, challenged the team to maintain the corporate image of the Club’s sponsor National Pensions Scheme Authority (NAPSA).

The TD also added that the development has come in line with Club licensing requirements, and the Club’s effort in supporting FAZ in developing Women’s football in the Country.

“We have been assembling this team since September, and we are excited to officially let the football fraternity know about it. We have a capable technical bench and we are confident that they will compete favorably and bring glory to the Club,” Mr. Janza said.

The TD also adds that the Club will strive to work around with the few resources available to ensure that the women’s team is fully supported.

And FAZ Deputy General Secretary Joseph Chimpampwe who was present at the event, expressed happiness saying the development has come at the right time especially after launching The Women’s Super League for the first time.

Mr. Chimpampwe also urged the team to uphold professionalism and be their own brand.

Team head coach Enala Phiri said she is happy to be part of NAPSA Stars Queens and has promised to do her best in bringing positive results.

The club will have 30 REGISTERED PLAYERS.