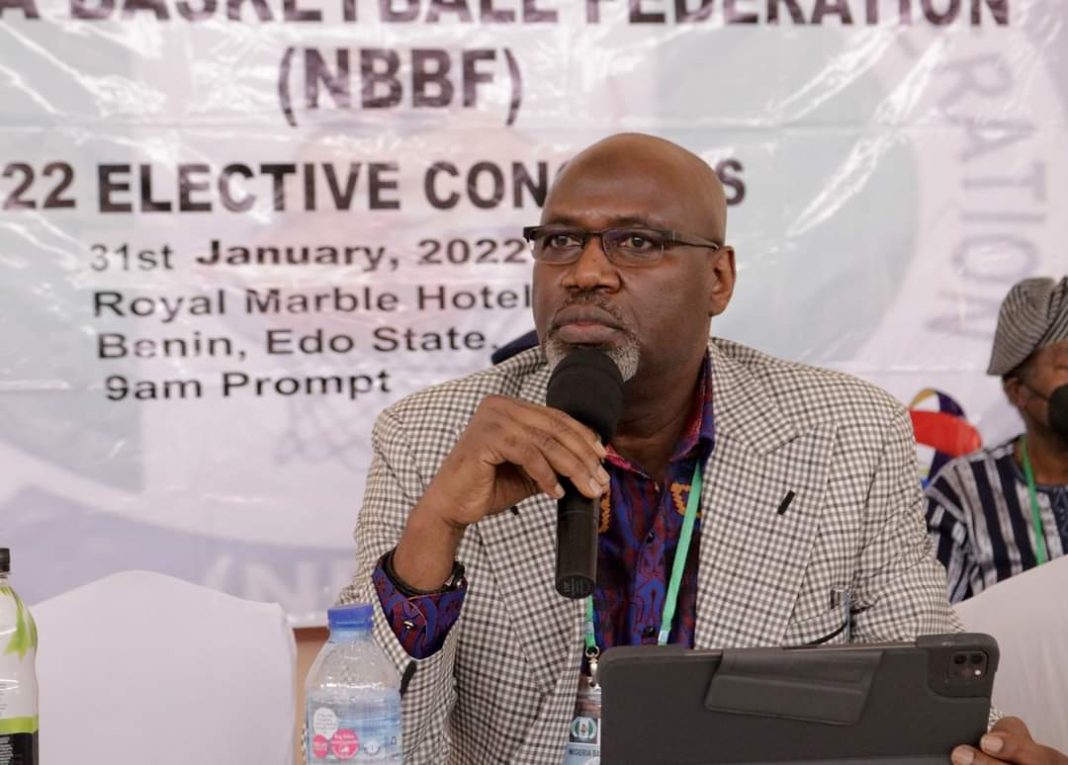 Engr Ahmadu Musa Kida was returned as the President of the Nigeria Basketball Federation unanimously polling 37 votes at the Elective Congress that took place in Benin City.

Babatunde Ogunade stepped down as South West representative on the floor of the election to pave way for ex-Nigerian international, Olumide Oyedeji who got the mandate of the six states in the zone.

In the race for the Vice Presidency, Ogunade garnered 30 votes while Oyedeji got 7 votes with 28 states out of 37 states present at the congress monitored by FIBA ably represented by Ahmed Elhariri (President of FIBA Zone 5 and member, FIBA Central Board) and Nigeria Olympic Committee’ represented by its second Vice President, Engr Ishaku Tikon.

Anambra State Basketball Association Chairman, Ugo Udezue was voted in as the South East representative on the board while Alhaji Abba Kaka got the nod of the North East zone representatives.

In his acceptance speech, Kida thanked the delegates for the confidence reposed in him which is a challenge to do more after a successful first term in office

“I thank you for the confidence reposed in me by your vote and my acceptance to continue to serve, I am in no doubt that the task ahead will be simple. However, no task is insurmountable if we put our minds to it and forge ahead together”.

He seized the opportunity to call on all stakeholders to join hands with the new NBBF board to move the game to greater heights.

“I assure you of our unflinching dedication as we hope to carry everyone along”.

“Regarding this electoral process, there is no Victor and no Vanquished. I am glad that this election was concluded without rancor and in the true spirit of sportsmanship. The only victor is Nigerian basketball”

He called on all aggrieved stakeholders to sheath their sword as the board is opened to meeting everybody with genuine questions and contributions to enable the sport move in the right direction.

Buhari Lists Nine Priority Areas To Improve Livelihood Of Nigerians In The Remaining 3...