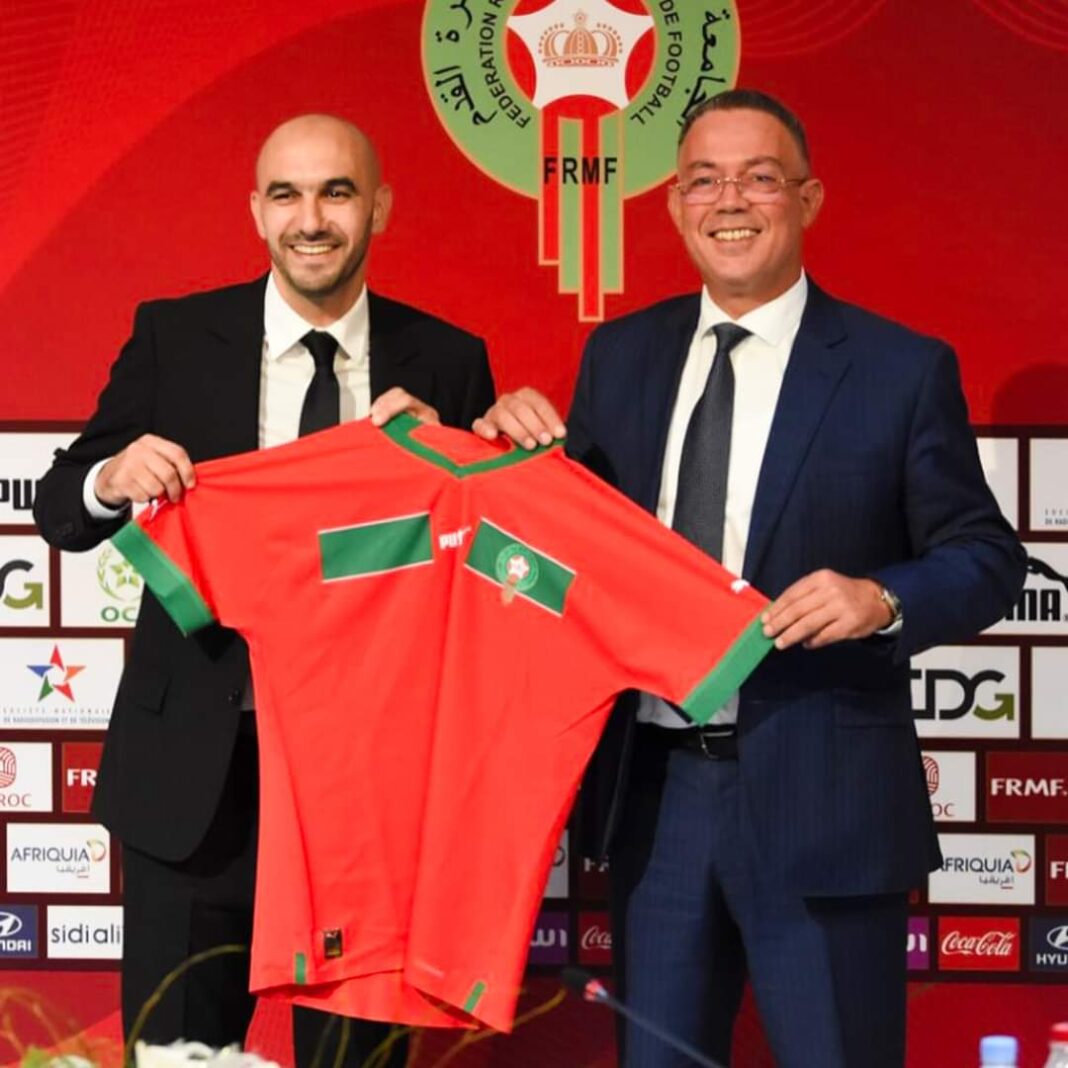 Lekjaa made the announcement during a press conference from the Mohammed V football complex in Casablanca. He said that the federation signed a four-year contract with Regragui, stressing that the new coach and the FRMF leadership share a vision of commitment to “achieving good results that will satisfy all Moroccans.”

Highlighting Regragui’s great “competence” as a coach, Lekjaa wished the new Atlas Lions’ head coach the best of luck in the upcoming tournaments.

For his part, Regragui said he hopes to deliver excellent results alongside the Atlas Lions in the upcoming global tournament to meet the expectations of Moroccan football fans. “We will fight hard to make you happy,” he vowed.

The announcement comes less than three weeks after the federation officially confirmed the departure of Bosnian coach Vahid Halilhodzic. According to the federation, the decision was driven by “difference and divergent visions” between the FRMF and Halilhodzic regarding preparations for the upcoming Qatar 2022 World Cup

Regragui, who is a coach and a retired Moroccan professional footballer, announced last month his departure from Casablanca-based Wydad Athletic Club. Many Moroccans expressed their gratitude for the coach, saying that he would be the ideal coach for Morocco’s national team.

Halilhodzic feuded with several players from the Moroccan national team, including Moroccan international star Hakim Ziyech, who is considered a key player to Morocco’s competitiveness in global tournaments. Ziyech announced his retirement from the national team earlier this year and refused to rejoin.

Moroccan football fans online have expressed their satisfaction with the federation’s decision to appoint Regragui as the Atlas Lions’ new coach, hoping that the Moroccan national team will offer a remarkable performance at the global tournament alongside the much-loved new head coach.