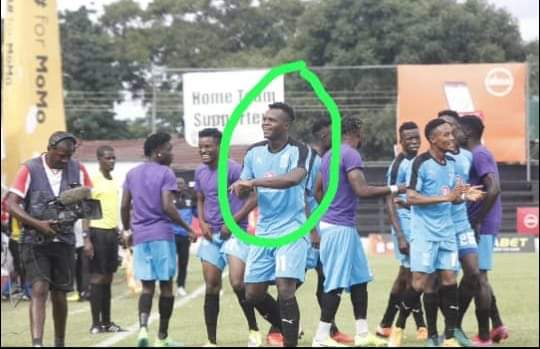 KABWE Warriors stiker Akakulubelwa Mwachiaba was on Saturday given the scare of his life when eight police officers attempted to arrest him at Woodlands Stadium in Lusaka.

Strategically positioned and alert, the officers disguised within the match security planned to nab Mwachiaba soon after the final whistle.

As soon as referee Mathews Hamalila blew the final whistle in the Super Division match between Lusaka Dynamos and Warriors which ended 1-all, the officers swiftly swung into action.

Most fans and officials, who included Football Association of Zambia (FAZ) president Andrew Kamanga, appeared not to be aware of the situation as all seemed well at Woodlands Stadium.

Luckily, a Good Samaritan had already tipped Mwachiaba who left before he could be arrested.

As players were greeting each other at the end of the match, which was broadcast live, and while officers waited on the touchline for him, Mwachiaba tiptoed off the pitch and disappeared.

Warriors officials moved in and mediated with the officers.

While the officials seemed to have saved Mwachiaba from an Easter trip to Woodlands Police Station, the player was left shaken and could hardly express himself.

Asked about the ordeal, a distraught Mwachiaba said the incident was the worst in his life.

“I was frightened. The officers wanted to follow
me on the pitch when the referee blew the final whistle. Such a thing has never happened to me in my entire life,” Aka said.

NPFL22: Tochukwu Micheal On Fire as He Promises More Goals for Nasarawa United