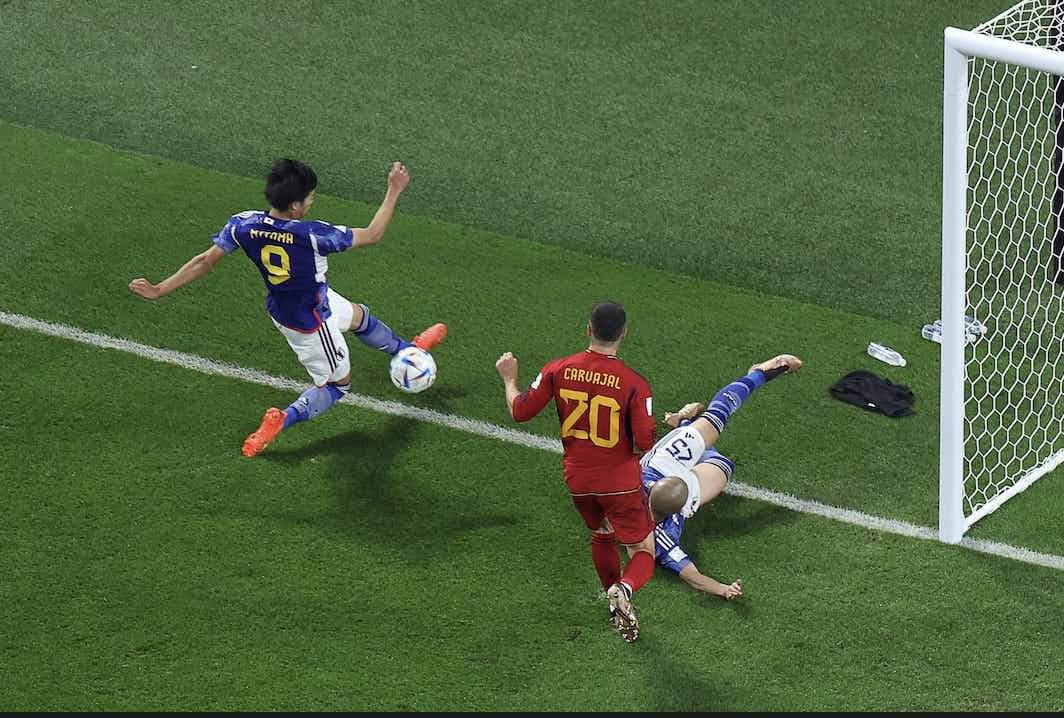 Peter Walton, a former Premier League referee has explained why Japan’s last goal in their 2-1 over Spain on Thursday night was allowed to stand.

There’s a misconception in law that just because the part of the ball that is on the floor is over the line is out – well it clearly isn’t because it’s the curve of the ball,” Walton said.

Walton said that VAR actually looked out for the evidence that led to the referee’s initial decision that the ball went out of play but could not find any.

“I’m seeing the same angles as you, there’s a misconception in law that just because the part of the ball that is on the floor is over the line is out – well it clearly isn’t because it’s the curve of the ball,” said the former Premier League referee.

“We see it often with corner kicks where it’s over the line but not quite over the line. In this instance, what the VAR is looking for is the evidence to suggest to the referee that the ball has clearly left the field of play and on the evidence that we’re seeing, he doesn’t have that in front of him.

“What I would suggest is the goal line technology, those cameras are being used for VAR to discover whether it has left the field of play so there are angles that will show that. If, however, a player’s boot or a player’s shin has gone over the top of the ball can’t see it clearly then the VAR will say to the referee: ‘I don’t have that evidence to give you, Mr Referee, stay with your on-field decision’

“The law is specific, the ball is still in play if the curvature of the ball breaks that line – do we have that evidence to show?” He added.

The goal saw the elimination of Germany who beat Costa Rica 4-2 in the other group game.
.

‘I Will Choose Qatar Every Single Day Over Ghana’- Mohammed Muntari

Big Brother Naija: “Don’t Ever Shut Me Up When When I’m Trying To Talk...