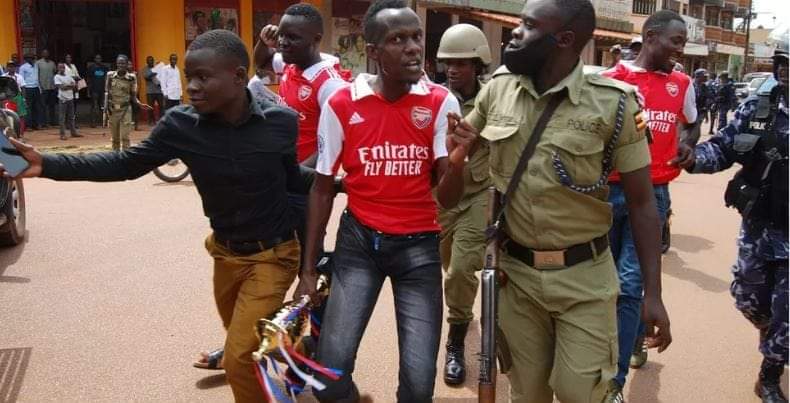 Eight Arsenal fans have been arrested in the Ugandan city of Jinja after celebrating the club’s win against Manchester United in the English Premier League.

According to BBC, The fans were seen wearing the club’s home red jersey and carrying a symbolic trophy.

Police said they didn’t have a permit to hold the procession which is a public order offence.

Arsenal fans were travelling in a convoy of five vehicles on Monday morning when they were intercepted by police. One of them was carrying a trophy they had bought at a local store.

“I don’t know what we have done but we were simply celebrating our victory over rivals Manchester United,” Arsenal fan Baker Kasule is quoted as saying by the local Daily Monitor news site.

James Mubi, the regional police boss and a self-declared Arsenal fan, told the BBC he had not reviewed the fans’ charges but wondered why they were celebrating when only half of the matches in the season had been played.

Qatar Show Support For Brazil Legend Who Is On Life Support