The Confederation of Africa Football (CAF) President, Patrice Motsepe is happy about the interest shown by Tanzania and Uganda in co-hosting the 2027 Africa Cup of Nations.

The South African billionaire reveal this during his visit to Uganda for football development.

While meeting the Speaker of the Uganda Parliament, Mr. Motsepe hinted about the idea of Uganda to co-host the TotalEnergies Africa Cup of Nations with Tanzania, indicating it would be a good move for the two countries.

“I was told yesterday that Uganda and Tanzania are keen to host the 2027 Africa Cup of Nations (AFCON) in these two beautiful countries. As the President of CAF, I have to support all the 54 Member Associations equally and must say that I would personally not only just welcome but encourage a joint hosting bid between these two countries because it will make a huge contribution to football development in Uganda and Tanzania. This region (CECAFA) has not hosted Africa Cup of Nations before and it would be a good move to both Uganda and Tanzania not only in promoting football development but also other areas like tourism, investment and trade.” Motsepe added.

The Speaker of Parliament of Uganda, indicated Government is serious on hosting the coveted tournament and the will is evident.

“We have had discussions with the President of the Republic of Uganda, we are ready and willing to co-host Africa Cup of Nations 2027 with Tanzania. We have got clearance from our President, and we will be able to do that.” She confirmed.

In his remarks, Uganda President, Museveni stated that Government is committed towards supporting football and sports in this country. 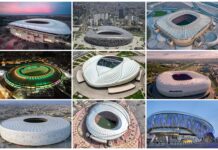 Photos: 2022 Ranking of Top 15 Most Beautiful Football Stadiums in the World 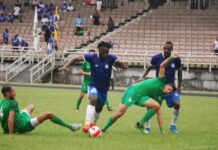 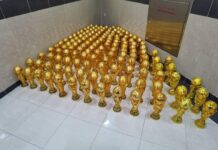 Tokyo2020: Zambia Line Up Against China