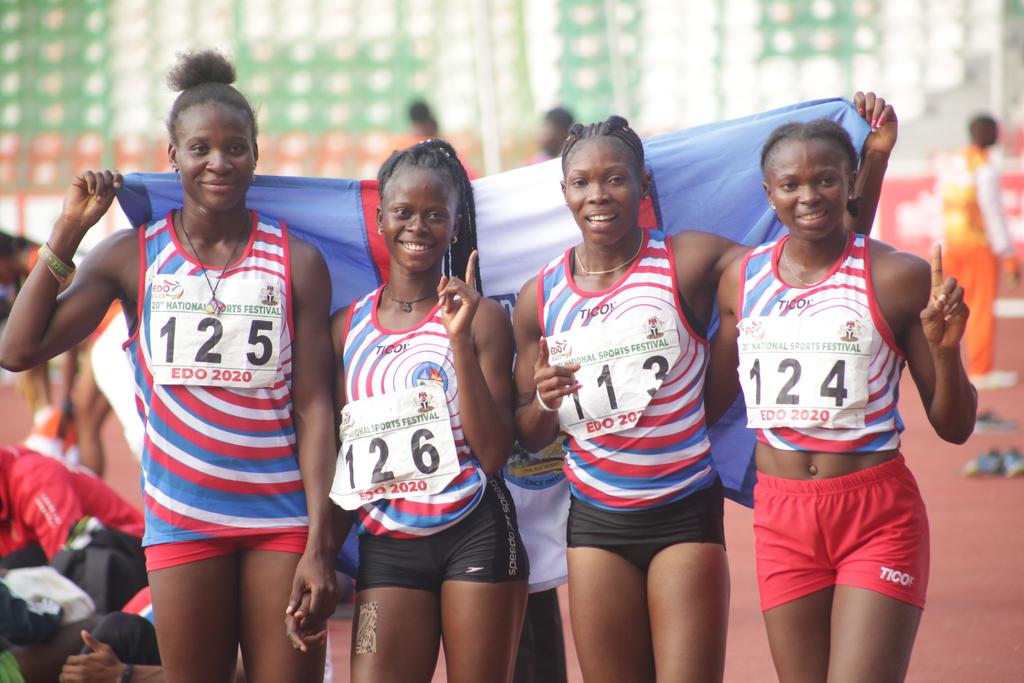 The Delta State Governor, Senator Dr. Ifeanyi Okowa, has assured the readiness of the state to host a befitting 21st National Sports Festival in 2022.
Senator Okowa, who stated this in Benin-City, Edo State, during his remarks shortly after Team Delta was declared the overall winner of the just concluded 20th National Sports Festival, said that he was overwhelmed with joy that Delta had successfully defended the trophy she won in the last edition of the fiesta.

Represented by the state Commissioner for Basic and Education, Mr. Patrick Ukah, Governor Okowa lauded Edo State Government, especially the Chairman of the Local Organising Committee, and the Deputy Governor of that state , Rt. Hon. Phillip Shuaibu, for their efforts and commitment in ensuring a successful competition.

While congratulating Team Delta for sustaining the competitive spirit and dominance of the state in various sporting activities, Senator Okowa described sports as a unifying factor for peaceful coexistence among divergent affiliations in Nigeria
The Governor said that Team Delta had dominated the Nigerian sports sector in the last two decades after winning eight of the twelve National Sports Festivals it had participated in since its creation in 1991.

The Minister of Sports, Mr. Sunday Dare, who was represented at the ceremony by the Permanent Secretary in the ministry, stated that the annual fiesta would continue to serve as veritable platform towards discovering athletes that could represent the country at global stage.

Earlier in his address, Edo State Governor, Mr. Godwin Obaseki, stated that Edo State had demonstrated that sports could be used to unite Nigeria, just as he described former Bendel as the hub of sports in the country.
Delta State had fought off competition from Ebonyi, Imo, Ogun, Kano and Kaduna States to get the hosting rights.

#FreeOmahLay: War of words as Ugandans, Nigerians Face off on Social media