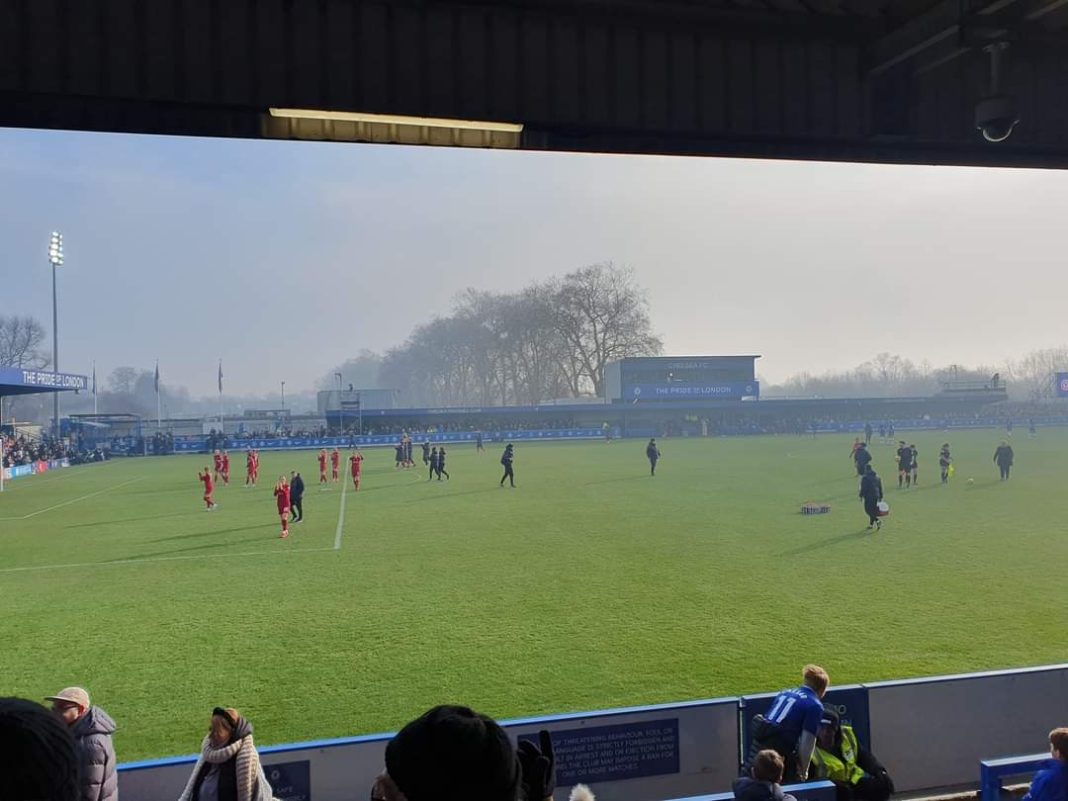 The Barclay Women’s Super League match between Chelsea vs Liverpool at the Kingsmeadow football stadium in Norbiaton has been called off after six minutes due to frozen pitch.

The match at Kingsmeadow had passed a pitch inspection two hours before the 1.30pm kick-off.

But after Chelsea midfielder Erin Cuthbert took a heavy fall in the fifth minute, the referee deemed the pitch unplayable and called off the fixture.

League leaders Chelsea were hoping to extend their stay on top of the league against ninth-place Liverpool but the unfriendly weather conditions halted the game.