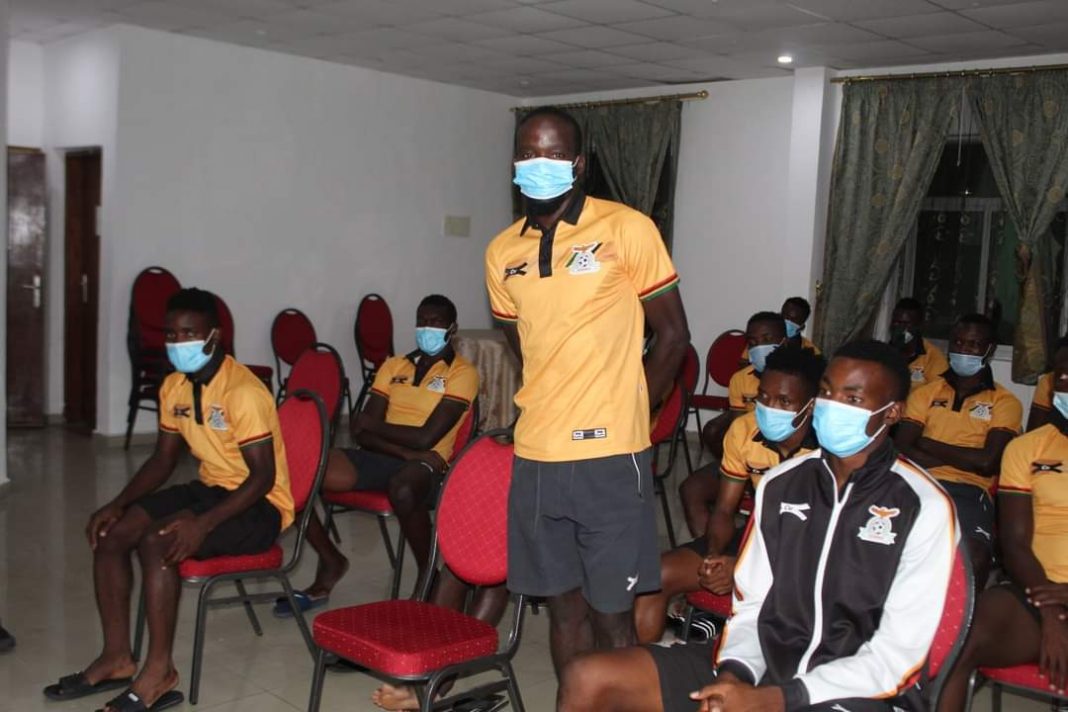 FAZ president Andrew Kamanga has visited the Chipolopolo camp in Buea and urged the team die a little for the nation.

The FAZ boss who is also part of the CAF organizing committee for the CHAN urged the players to look beyond the tournament and seek to earn places in forthcoming Africa Cup and World Cup qualifiers.

Kamanga said the level of preparation that the squad had been accorded put them in good stead to do better at the tournament in Cameroon.

He said that the team has been in Cameroon from December 31, 2020 as part of preparations and expected that they had done their best to do well at the CHAN.

He added: “What is also important is that this tournament is coming at a very crucial point., we are happy that even for the players it is an opportunity to showcase their skills. Those who will be fortunate may just get their professional careers taking off because we have a lot of scouts who are monitoring the players and the international transfer window still open until end of January.”

Kamanga said: “So those who will do well have an opportunity to go into professional football. But most importantly also as an executive we have made sure that the team which is participating here is critical because we have other engagements beyond this tournament. In March we are back with the AFCON qualifiers we play Algeria and Zimbabwe away and after that in June we have World Cup qualifiers. So, for the players it is an opportunity that they should be part of this team, be part of the AFCON team to play qualifiers and be part of the World Cup. So, in terms of motivation and progression there is enough for them to fight for.”

Kamanga also reiterated that CAF and the Cameroon government had reassured everyone in the tournament of their safety.
Zambia kicks off its Group D campaign on Tuesday (tomorrow) with a match against Tanzania at Stade de Limbe at 17H00 (18H00 Zambian time).

Missing Lady, Who Went For a Job Interview Found Death