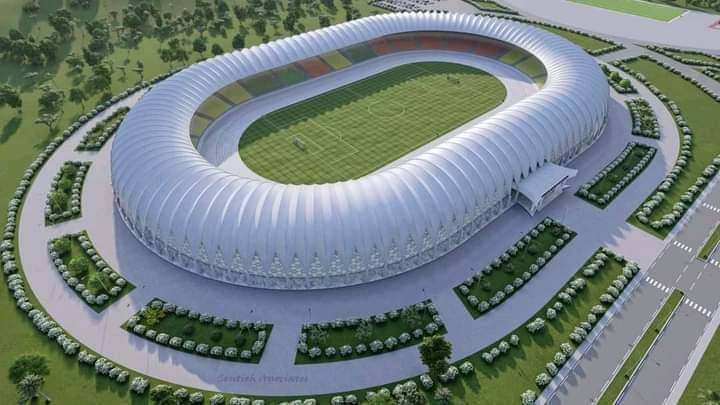 Speaking at a recent ceremony, Mbigha and Eto’o have met with the Fon of Mendakwe and discussions have been fruitful.

The Cameroon Government responds immediately to the cry of Bamenda, and Eto Proposal and the Cameroon Prime Minister order disbursement of 450 million francs CFA to reconstruct the Bamenda municipal stadium

The decision was arrived at during a meeting chaired by the country’s Prime minister and head of government and comes days after supporters of PWD Bamenda took the protest to Yaounde, demanding a stadium.

The initial project designed as a Mini Stadium was abandoned due to a lack of funds.

But the Sentieh Associates has proposed a state-of-the-art stadium architectural design for Bamenda which is yet to be recognised by Cameroon FA.

Below is the unofficial proposed design of the stadium.

FAZ President Congratulates U17 Girls… Urges Them To Stay Focus