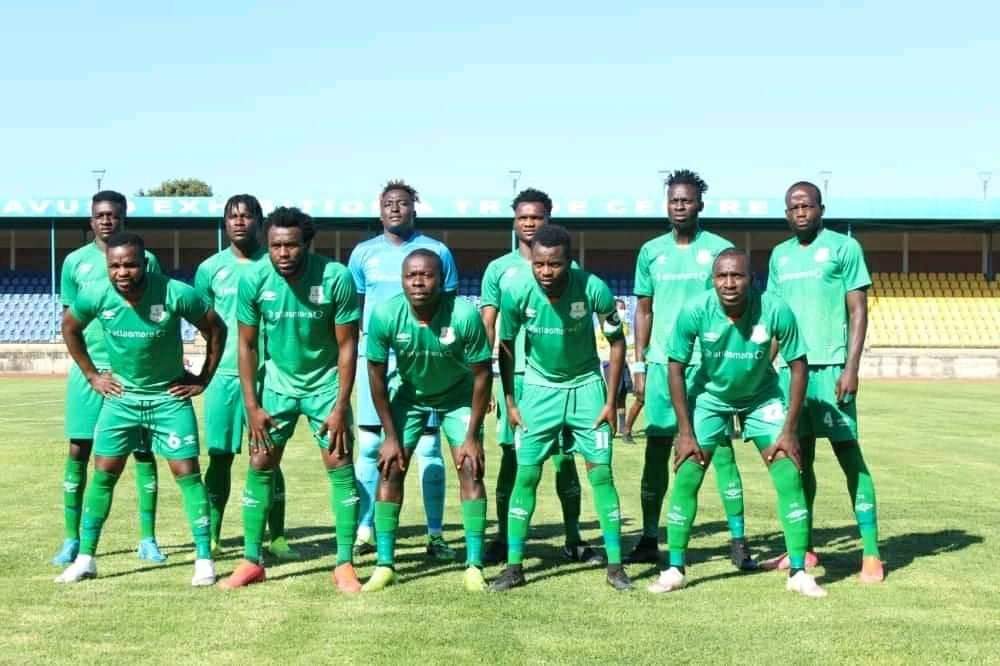 Eswatini Champions, Royal Leopard has eliminate Zambia Champions, Zesco United in the Preliminary Round of the CAF Champions League.

Leopards eliminate Zesco on away goals rules after an aggregate scoreline of 2-2.

The Eswatini won the first leg 1-0 but book their place in the next round despite losing 2-1 in Ndola to Zesco.

The other Zambia representative, Zanaco scale through to the next round after a brilliant performance.

The Bankers qualify to the next round via a 3-0 aggregate and will meet either Express FC of Uganda or Al-Merrikh of Sudan.

In the CAF Confederation Cup Red Arrows book their place in the next round of qualifiers.

Red Arrows qualify to the next round via a 2-1 aggregate score against Young Buffaloes of Eswatini and will face CD Primeiro de Agosto of Angola.

1285 Stranded Egyptian Workers In Kuwait Returns Back To Egypt