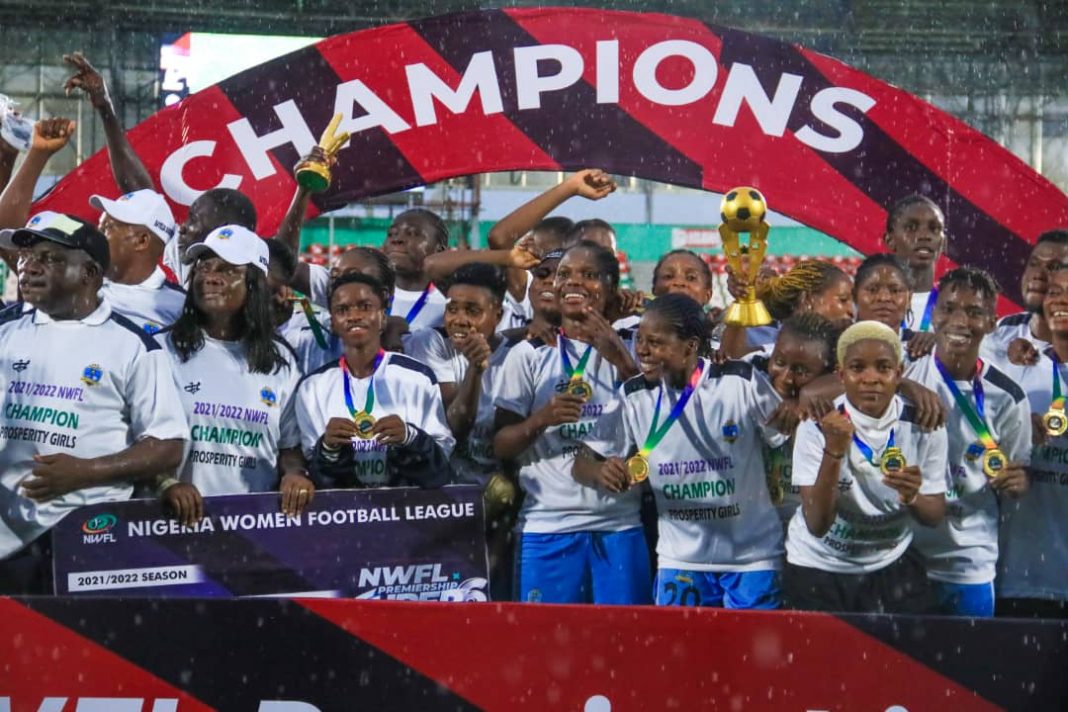 Two first half goals from Monday Gift was all Bayelsa Queens FC needed to clinch the NWFL Super 6 trophy against Nasarawa Amazons.

The first goal of the game was scored in the very first minutes of the game by Monday Gift as she took advantage of a miscommunication between Nasarawa Amazons’ GoalKeeper Rita Akarekor and her defenders to slot in the opener. Her 8th of the ongoing Super 6.

Bayelsa Queens scored what proved to be the winner six minutes later to regain their advantage.

The second half started the same way the first half ended, but both teams defence stood strong to keep the score 2-1 as Bayelsa Queens held on to become Nigerian League Champions for the 6th time.

Bayelsa Queens will represent Nigeria at the WAFU B Champions League Qualifiers later this year.

Latest Photos Of Olembe Stadium, The Venue For AFCON 2021 Opening And Closing Ceremony