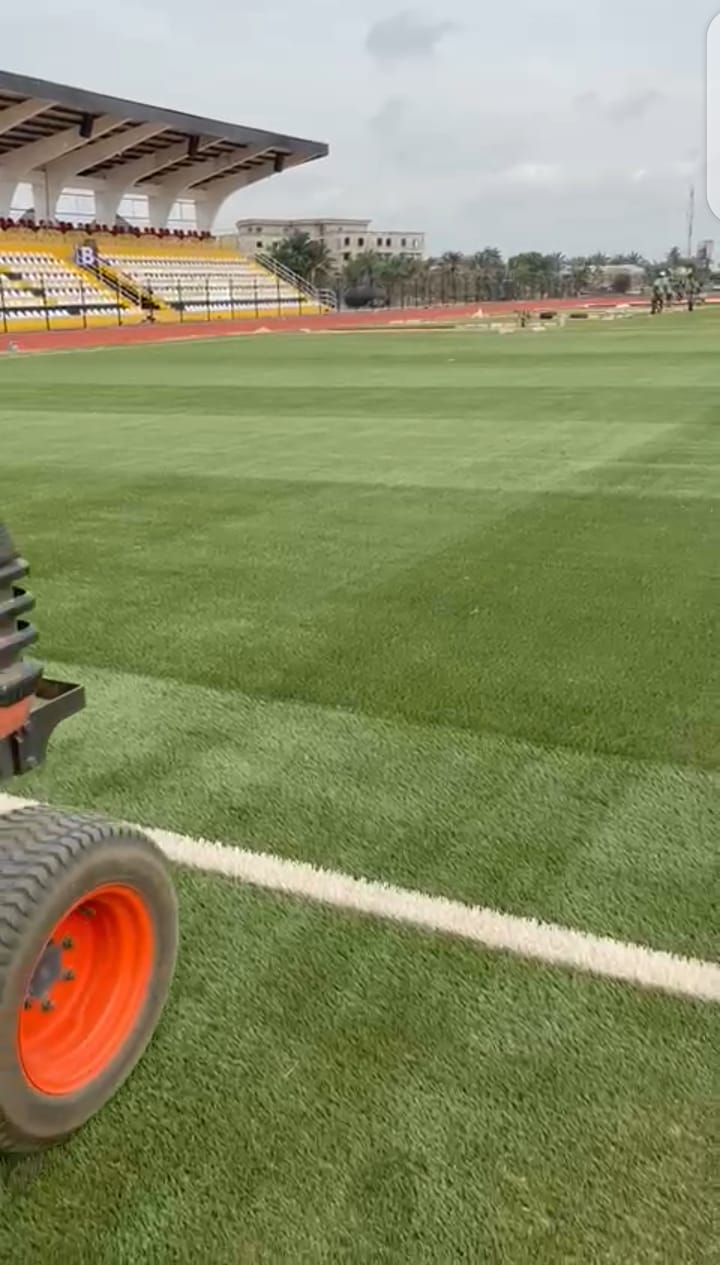 The wait for Akwa City Stadium appears to be coming to an end as Monimichelle Sports Facility Construction Limited, released new images of the ground with the pitch laid.

The company took delivery of their new surface earlier this week, which had to be delivered from abroad.

And after days of dedication to ensuring every blade of grass is perfectly placed, the company were able to showcase the results, with the structure now resembling a top stadium.

The pitch, a hybrid of grass and polypropylene strands is almost identical to the surface the players became used to at Mobolaji Johnson Arena.

The stadium is installed with an eight-lane Poly Unit Premium tartan track.

Governor Willie Obiano of Anambra has also awarded a contract for the maintenance of the Awka City Stadium to Monimichelle Sports Facilities Construction Company.

The maintenance will be over three years in the first instance. This is to ensure that the multi-million project is sustained for a reasonably long time.

No doubt we have seen of changes in centres following the renovations done on the pitches to give them an international standard.

Following these recent developments, there is a face behind these changes which is no other person than the President of Monimichelle Sports Facility Construction Limited, Ebi Egbe popularly known as Monimichelle.

Monichelle has been the face behind the beautiful Hybrid turfs we see around the country today such as Samson Siasia Stadium, Enyimba International Stadium, Mobolaji Johnson Arena and Mohammodu Dikko Stadium.

Monimichelle who has been in the business of sports for over twenty years as a FIFA Licensed Football Agent /FIFA licensed Match Agent has no doubt has shown class as his services and products are world standard.