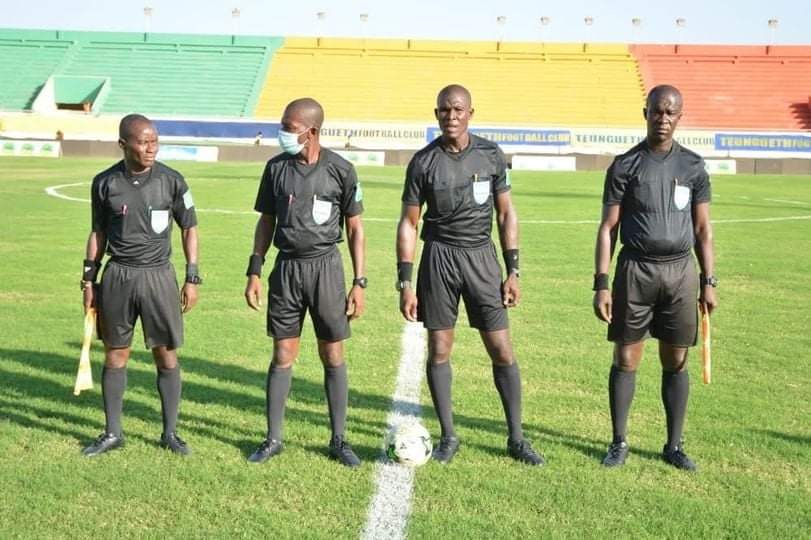 Four Liberian match officials are in Burkina Faso for a 2021 Africa Cup of Nations (Afcon) qualifier.

The quartet left the Roberts international airport at 8:00AM and arrived in Ouagadougou at 7:00PM on 25 March.

The hosts qualified for the finals in Cameroon in 2022 after a goalless draw with Uganda in Kampala on 24 March.

They have nine points from five games while Uganda and Malawi are in second and third positions with eight and seven points respectively.

South Sudan, who have been eliminated, are bottom with three points.

It will be the first Afcon qualifier for Rogers as referee, having debuted as a fourth official when Niger pinned Ethiopia 1-0 in Group ‘K’ at the Stade General Seyni Kountché in Niamey on 13 November 2020.

The quartet, just as in this match, last officiated a CAF Champions League preliminary round second leg tie when Senegal’s Teungueth FC defeated Gambia Armed Forces of Gambia at the Stade Lat Dior in Thiès on 6 December 2020.

CHAN 2021: Chipoloplo of Zambia Settles down in Douala for Tanzania clash

Qatar 2022: Sierra Leone To Preside Over Nigeria vs Ghana Clash