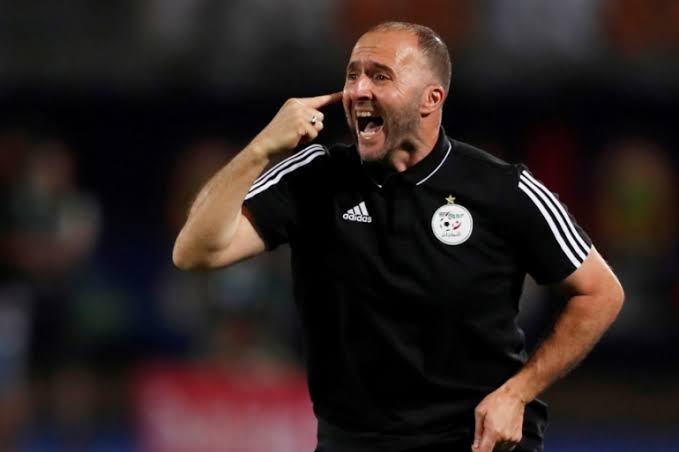 ALGERIA national football team coach Djamel Belmadi has accused Chipolopolo technical bench of spying on the team’s training on Wednesday evening at National Heroes Stadium in Lusaka ahead of the match day five Africa Cup of Nations played on Thursday night at the same venue.

According to the Algerian coach, some Zambian technical staffs were seen at National Heroes when the desert foxes were training and they later on discovered that one official had captured them and posted their photo on Facebook telling his followers that Manchester City player Riyadh Marez wasn’t available.

The defending champions came into Zambia already booking their place in the Cameroon 2021 Africa Nations Cup with two games in hand.

The game ended in a 3-3 draw which saw Zambia recording a hat-trick of misses in a row at Afcon since 2017. Algeria and Zimbabwe made it to the Cameroun finals from group H of the qualifiers.

NPFL: Warri Wolves Apologies To Fans After Relegating To NNL