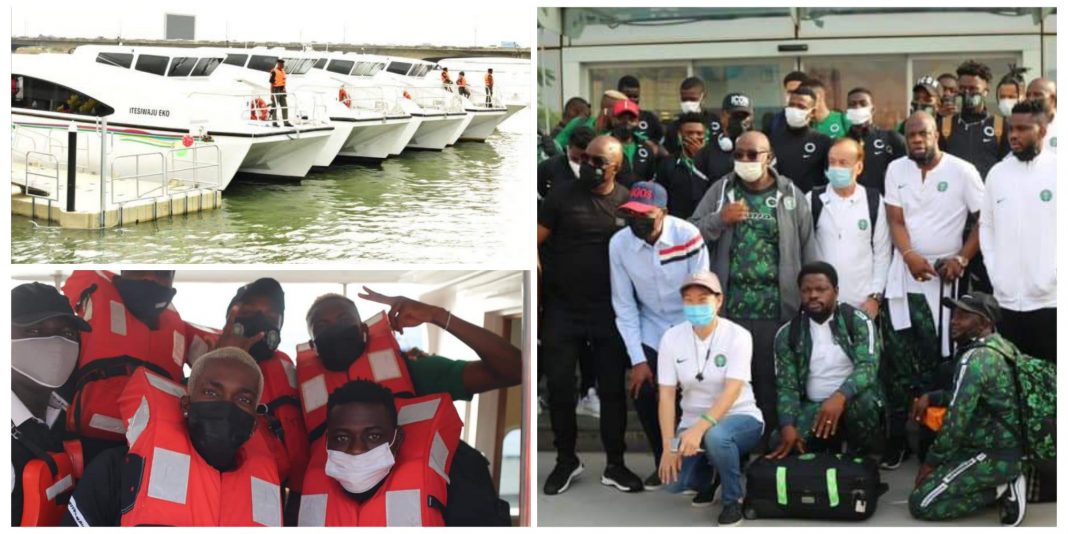 The super eagles of Nigeria on Friday travel to the Benin Republic by Boat for their AFCON qualifier match holding on Saturday.

According to the Nigerian FA president, Amaju Pinnick said there is nothing wrong with going to Benin by boat because it’s one of the most popular modes of transport used by the two neighbouring countries.

He said the Lagos boat terminal is one of the best in the world and so there is no problem in using it.

“We will use the boat because no flights are going to Benin and the road is nearly impassable”, concluded the Nigeria FA president.

Nigeria is looking for an away point to secure a place at the Cameroon Africa cup of nations against second-placed Benin who needs a win on Saturday.