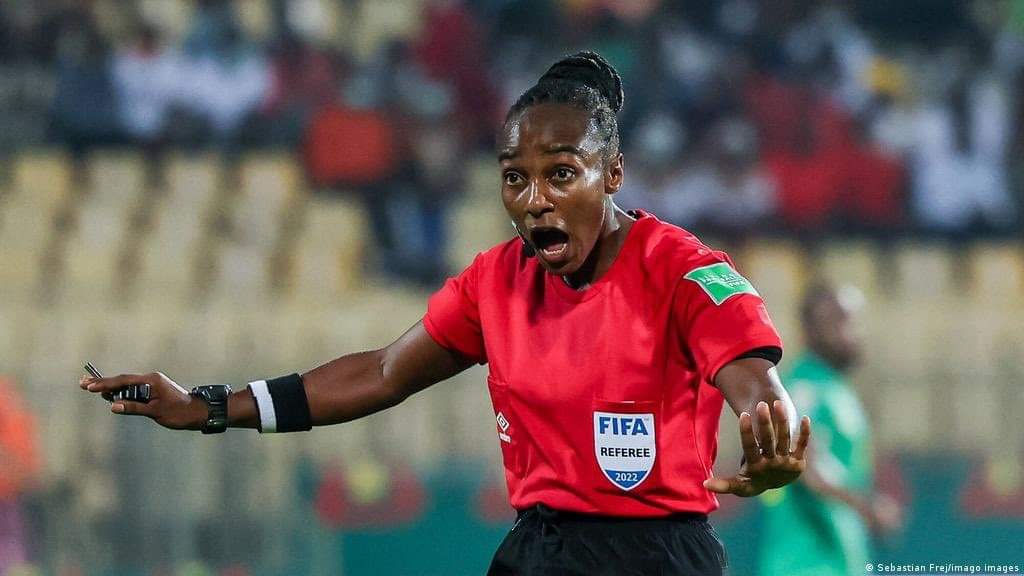 One of the first female referees ever to serve at a men’s World Cup has been insulted and physically threatened during a match in her home country, where some fans called her a “prostitute”.

Salima Mukansanga, who became one of the first female referee to officiate at a men’s World Cup last year was insulted and physically threatened during a match in her home country, Rwanda.

According to BBC Africa, the Mukansanga stated in her report that she was insulted during and after the match by a group of Kiyovu Sport fans.

The rowdy supporters repeatedly called Mukansanga “a prostitute”, while others wanted to physically attack her after the game but were stopped by the security.

Rwanda Football Federation (Ferwafa) is now investigating the matter and says measures will be taken by the disciplinary committee after probe.

Mukasanga was part of the first team of three female referees to ever officiate a male’s world cup. Months earlier she had also become the first female to officiate the men’s Africa Cup of Nations in 2022, including a Group B game between Zimbabwe vs Guinea.

The Fate Of The 11 World Class Stadiums Kenya Government Promises To Build Since...

Big Brother Naija: Saga Setting Himself Up For Heartbreak – Angel