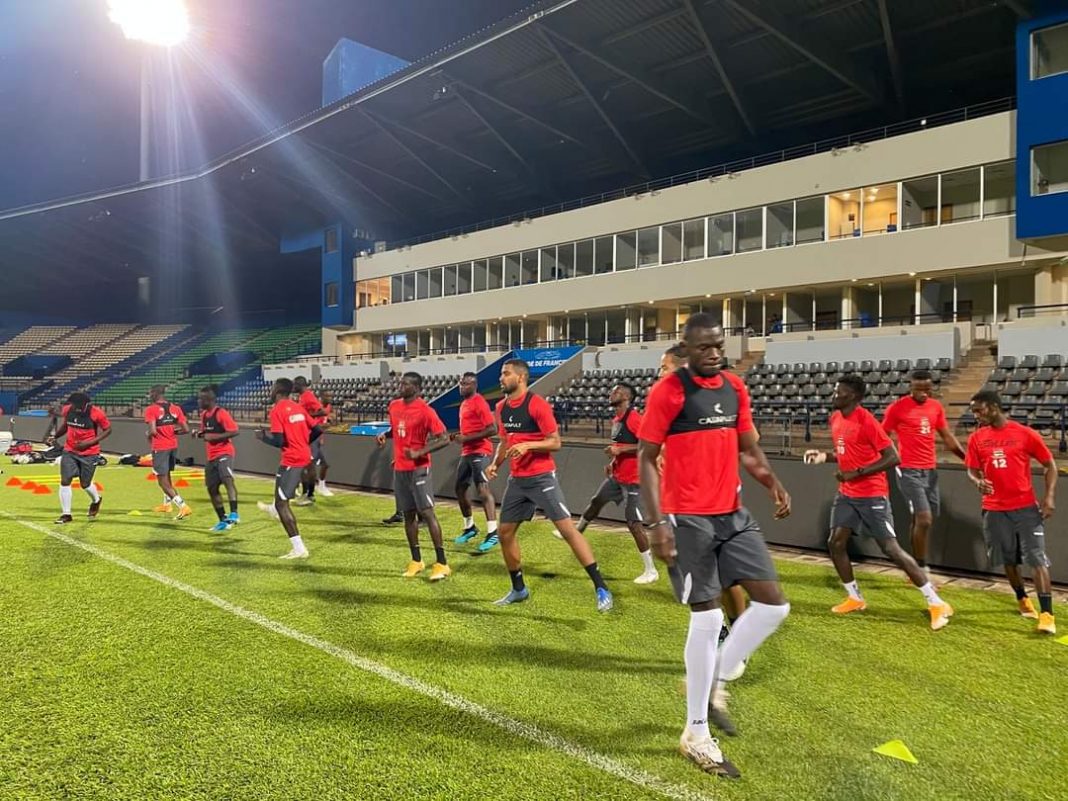 The Gambia Football Federation has announced that Scorpions midfielder Sulayman Marreh has tested positive of Covid-19 following a test conducted on Tuesday 10th November 2020 in Libreville.

Marreh along with all other members of the Scorpions have carried out the test including team officials and staff as mandated by CAF 48hours before Match day.

Upon receipt of the test results on Wednesday morning, its been confirmed that the midfielder was positive and have been isolated for another second test which further remains to show the same results.

The tests were conducted under the supervision of CAF representative and his situation according to the regulations stipulate that he would not be able to make up the Scorpions squad due to his positive status and thus is been isolated in Libreville until he turns negative.
However, he is under watchful control at his hotel while we continue to monitor his situation.

Upon receiving this unfortunate development, Scorpions Coach Tom Saintfiet has opted to execute plan B of his approach and assures the general public and the football family of the team’s readiness to continue its sterling performances in the crucial match on Thursday 12th November 2020 in Franceville.

Edo Govt Hails Liquorose For Her Comportment, Performance In BBNaija